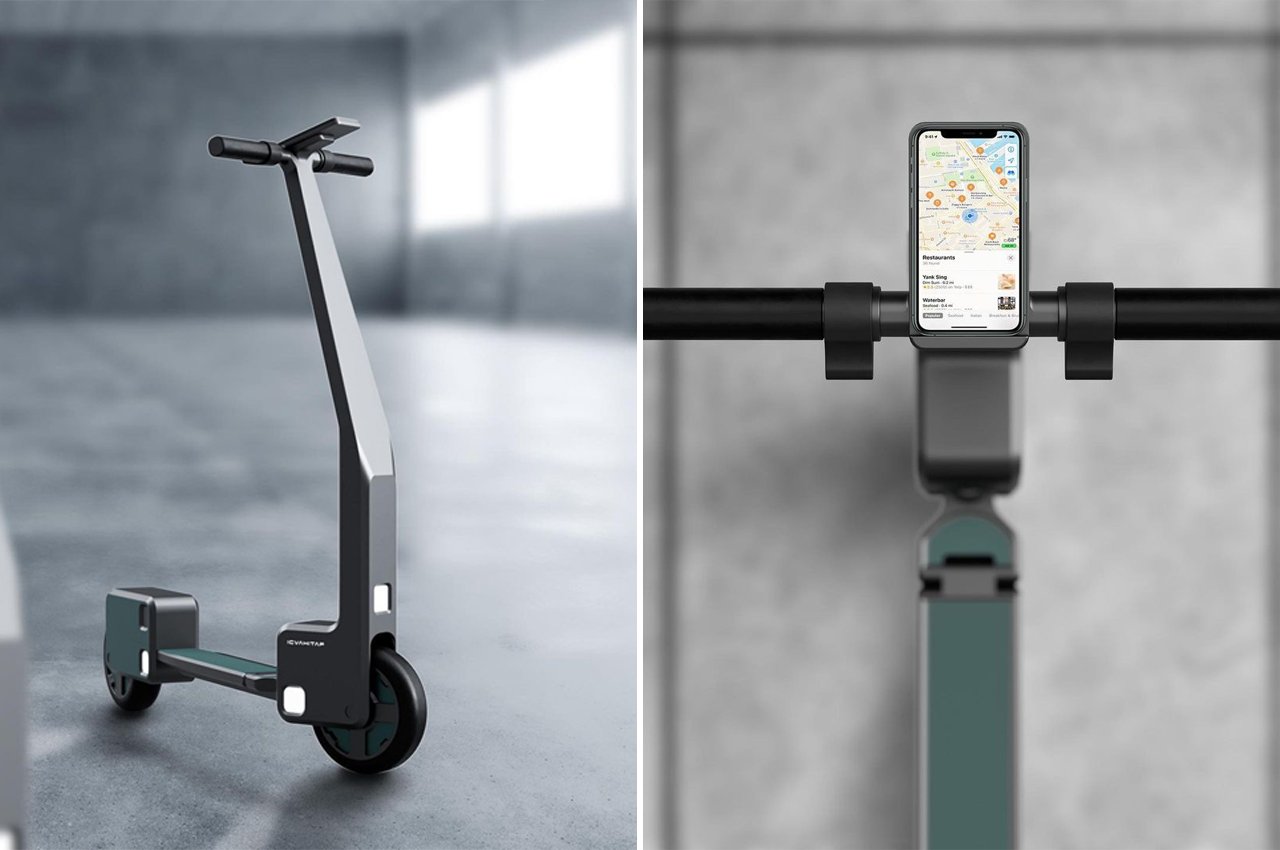 Designer Fatih Avci conceptualized a foldable electric scooter for city residents, equipped with a swivel front wheel, smartphone holder, and a place to store your goods.

For city residents, electric scooters can be lifesavers. They help us get to destinations in walking cities faster than our feet can and they’re inexpensive alternatives to other urban mobility designs, like electric bicycles or mopeds. They’ve taken over city sidewalks and can even be taken on the road so you can ride alongside the cars. 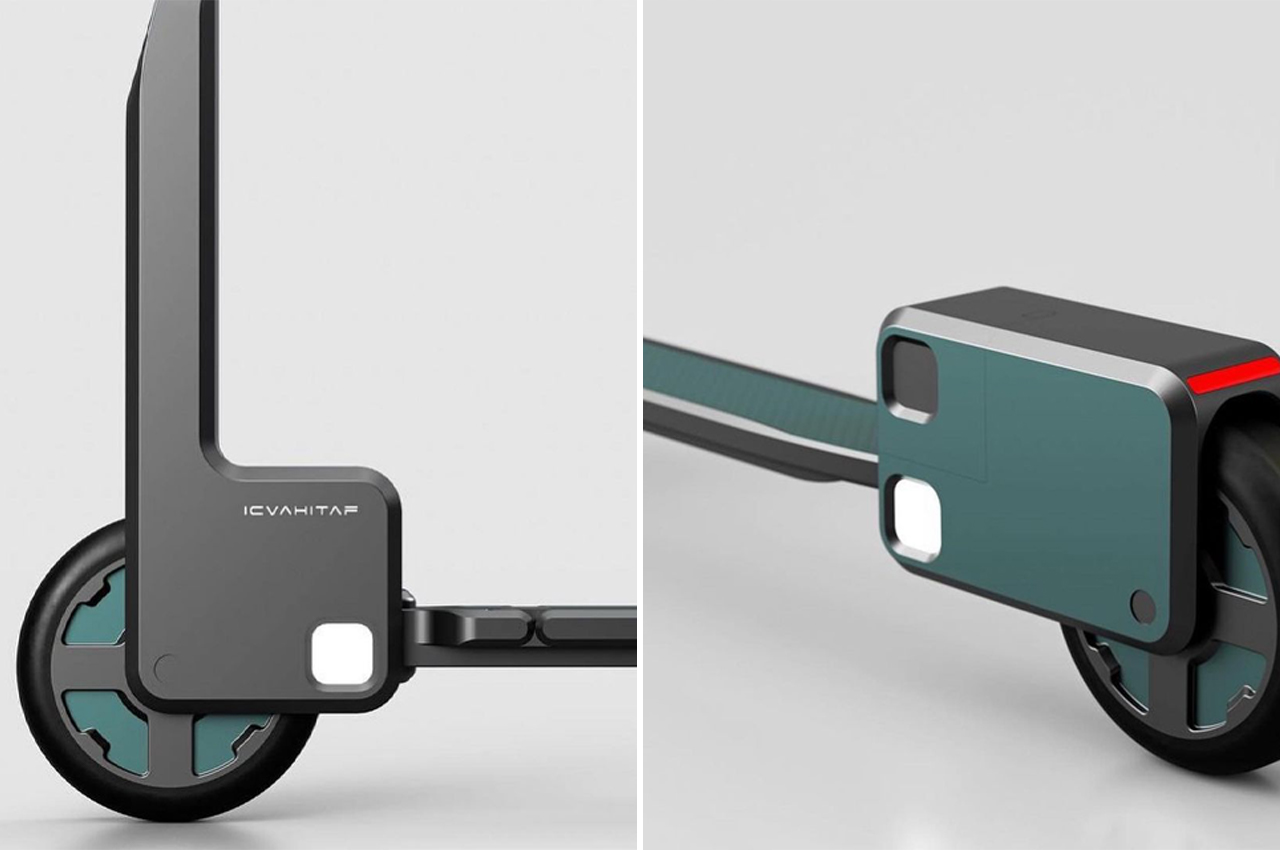 While the e-scooters’ lightweight design and slim nature make them a convenient choice, storing them can complicate things. Solving this, designer Fatih Avci conceptualized a foldable electric scooter that’s equipped with a swivel front wheel and hook for storing items like groceries. 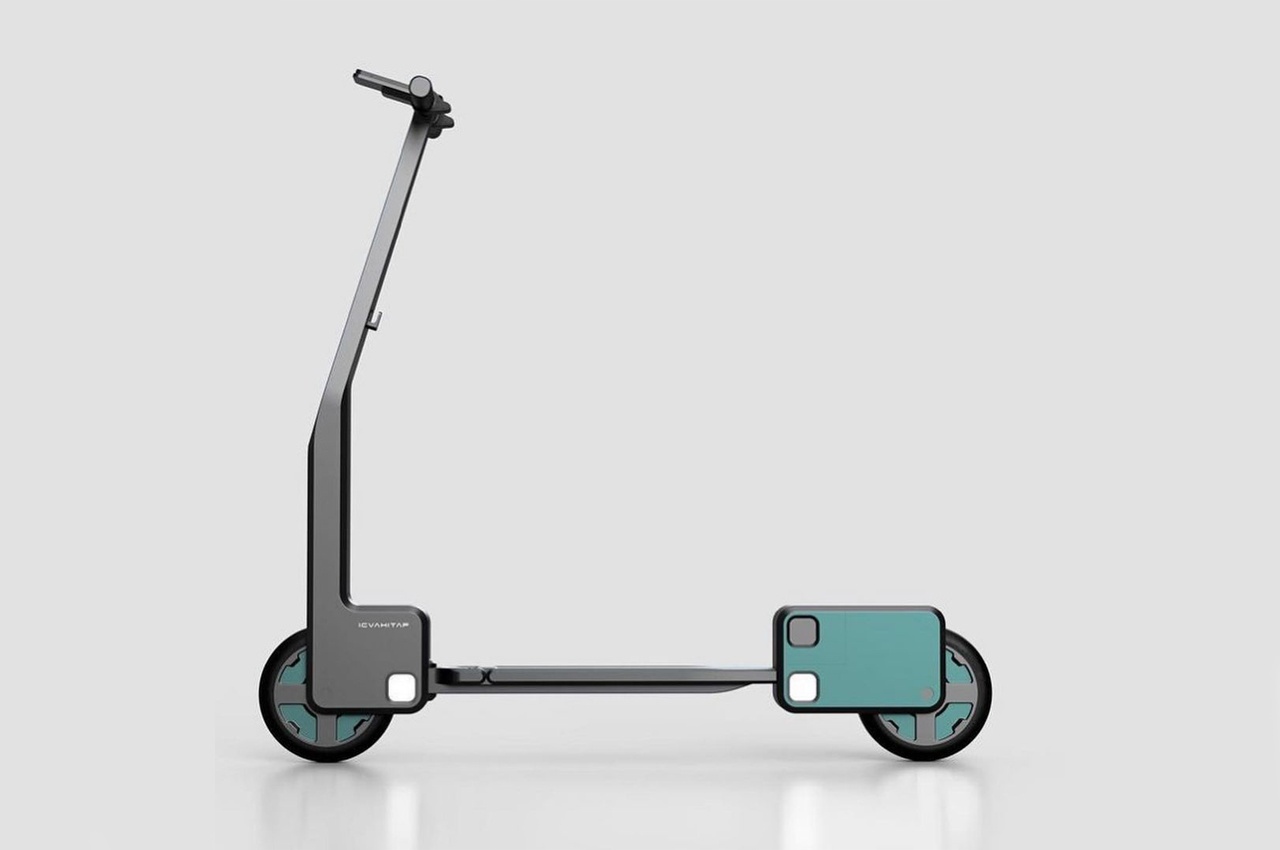 Avci’s electric scooter sports the same build as a conventional electric scooter, keeping an upright handlebar and wide footrest. However, a look closer reveals all of the hidden features his scooter concept has to offer. To solve the issue of storing electric scooters in cramped city spaces like the metro and small apartments, Avci built a folding mechanism into his design. His concept allows users to fold the e-scooter at 90-degrees via a hinge point near the scooter’s front wheel. 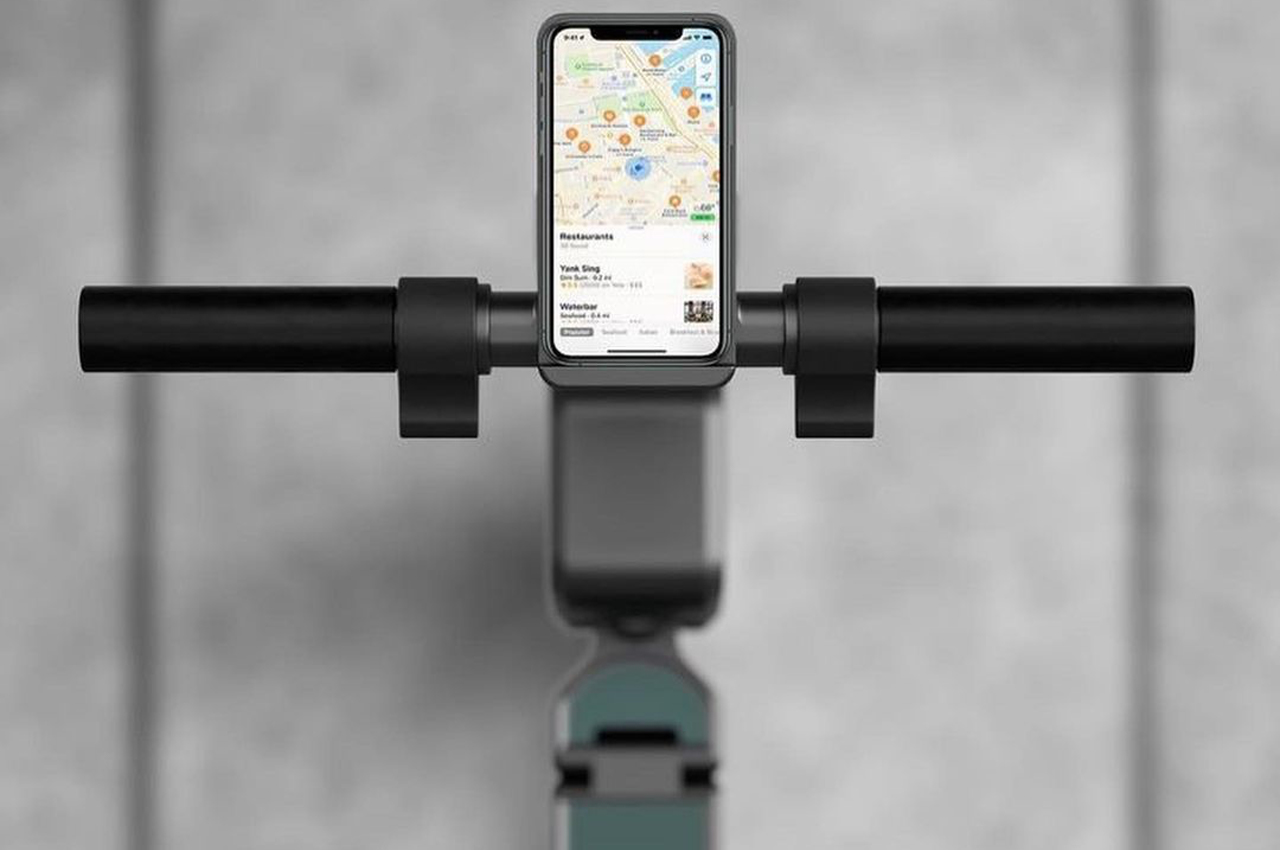 Moving to the handlebar, Avci outfitted his e-scooter concept with an area to store your smartphone so you can easily see it when following a GPS. Shaped like a traditional scooter’s handlebar, Avci also ensured easy maneuverability by integrating a swivel front wheel that can change direction in a short period of time. Finally, near the center of the e-scooter’s handlebar beam, Avci conceptualized a hanger that unfurls to provide a spacer to store carry-on items like grocery bags or even a purse. 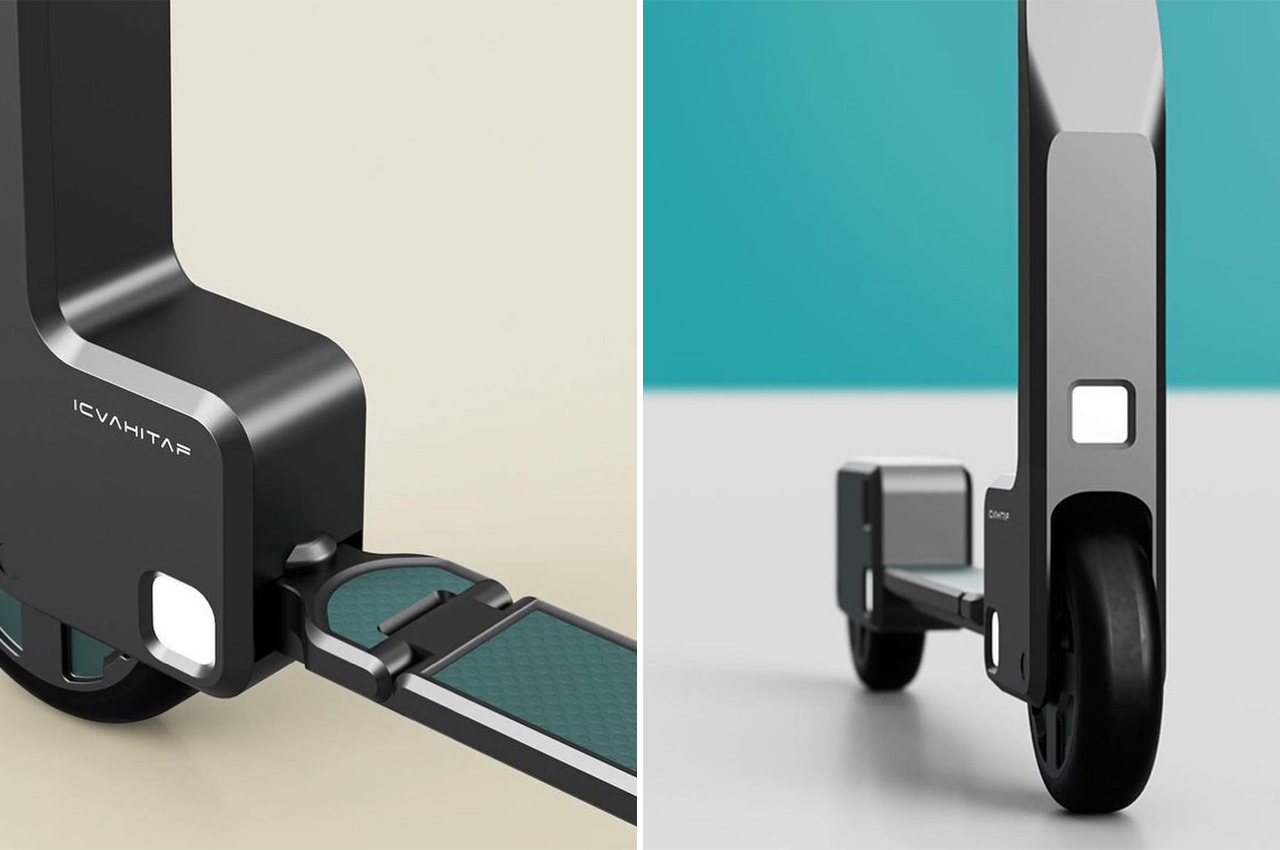 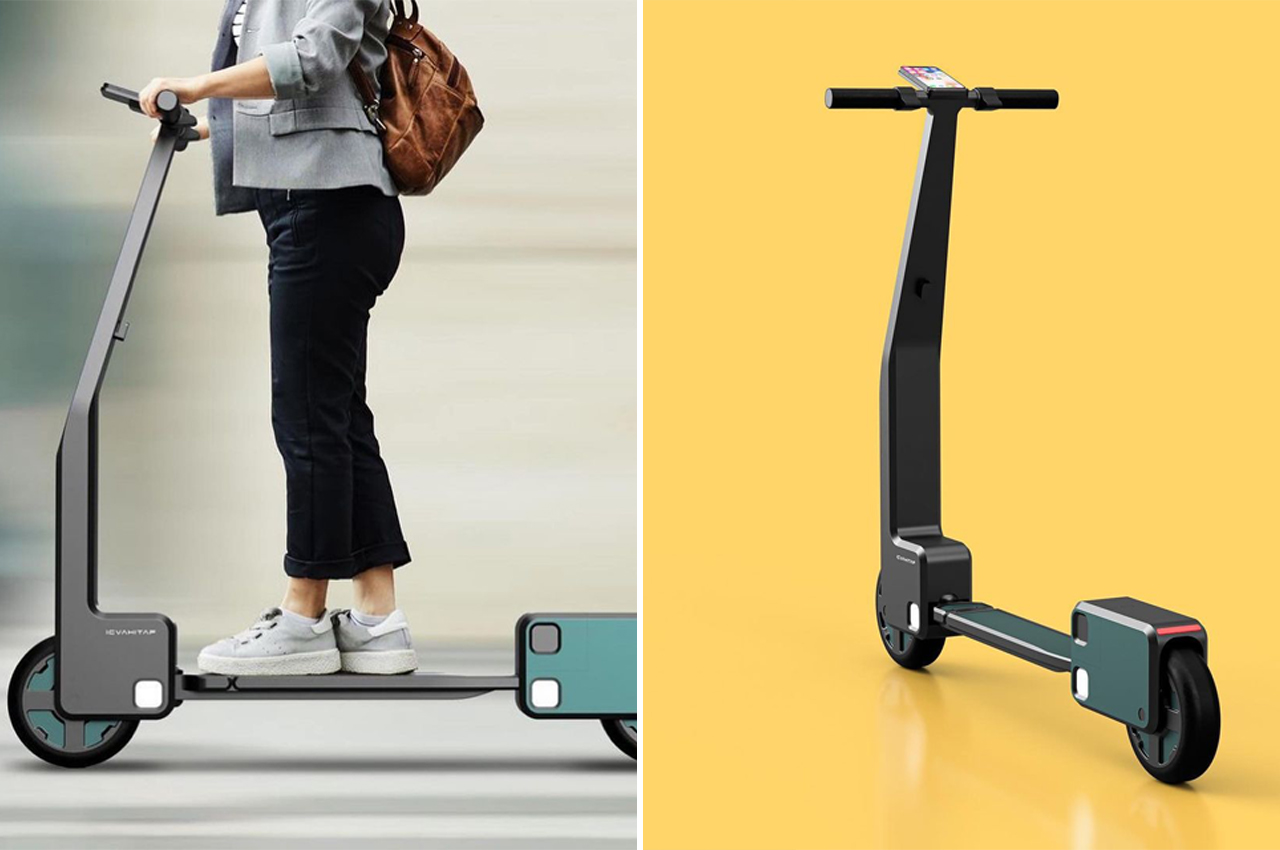 Costa Rica is widely celebrated as one of the most environmentally progressive countries in the world, pledging in 2015 to become a carbon-neutral country by…

All those people who scorn at green ideas, here’s the Mother of Them ALL, and its by biggie Philips, so lets see what you’re gonna…

A rare occasion where geometry and alcohol pair well together

On a scale of one to ten, ten being the most popular, and one being the least, it’s safe to say that most humans would…

Modular for the greater good

I can’t speak much for the rural scenario in India, but from what I’ve experienced, it’s quite a cultural shift. There’s a lot of scope…