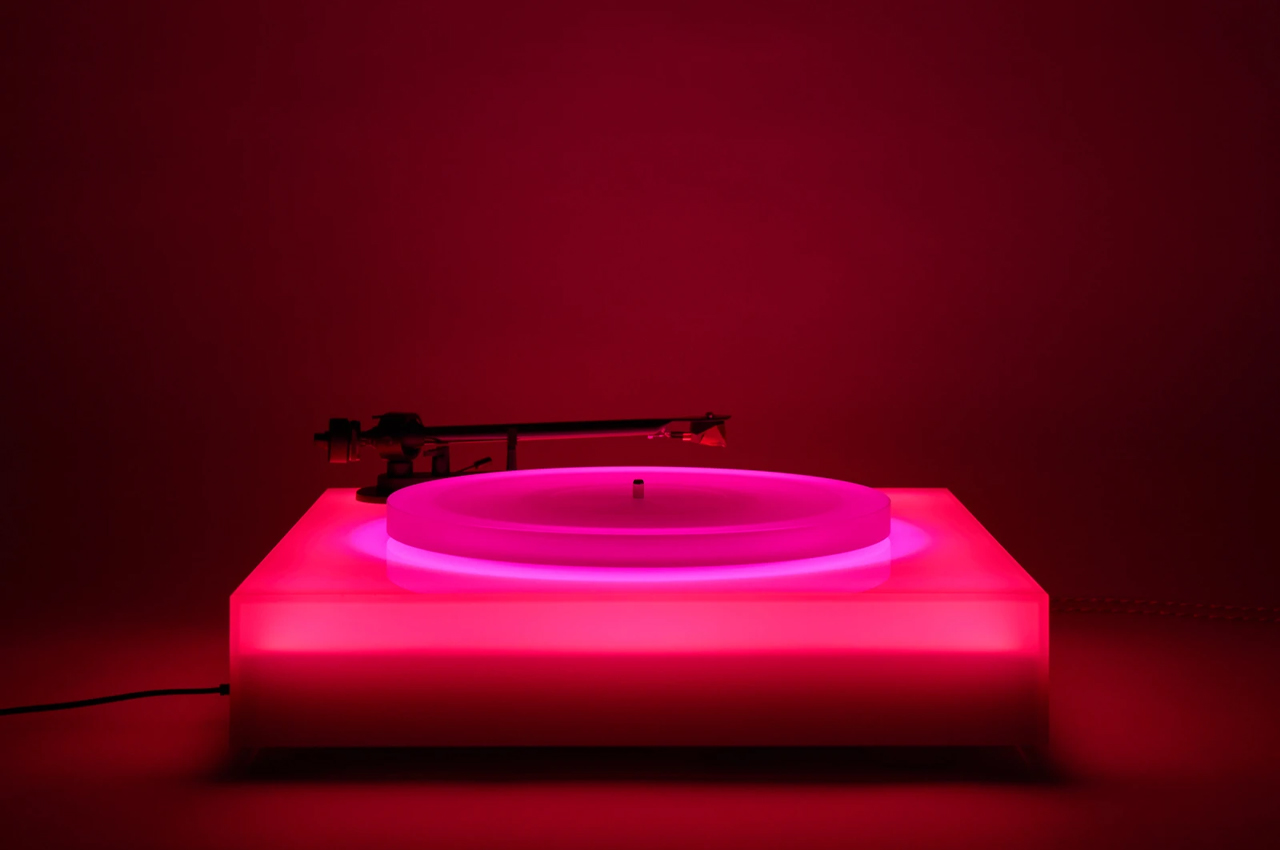 Brian Eno, a pioneer in the realm of ambient music and the 1970s art-rock scene, speaks the language of music. Following his illustrious career with and departure from English synth-rock band Roxy Music, Eno got to work on his own music: a sonic world of ambient, avant-pop self-produced records. Gaining the admiration and respect of critics and listeners alike, Eno soon solidified his work as the template to serve new wave groups and musicians for years to come. 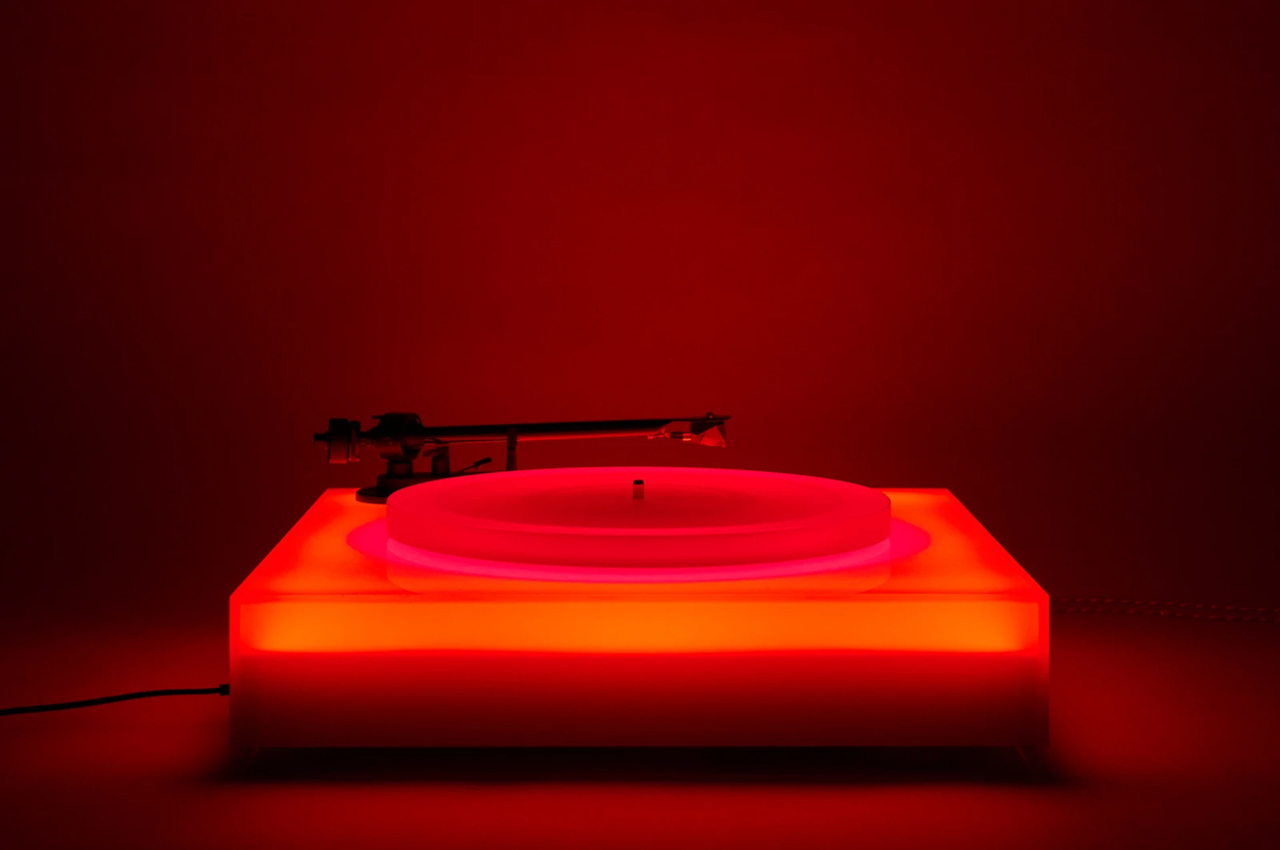 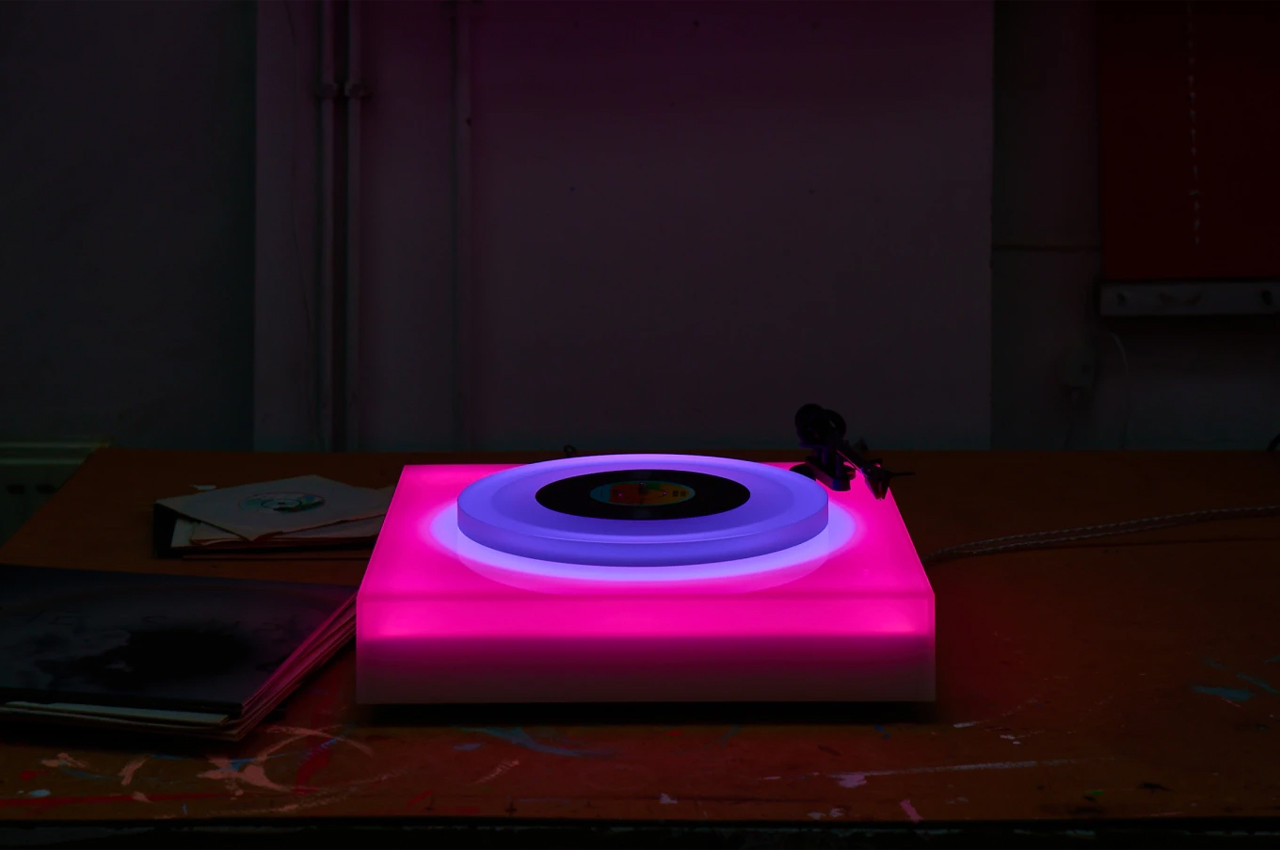 Today, Eno looks back on his storied artistry in close collaboration with London’s Paul Stolper Gallery to create 50 experimental turntables that embrace psychedelia through color-changing LEDs reminiscent of Eno’s ambient sonic musings. In addition to music, Eno is known for his visual artwork. 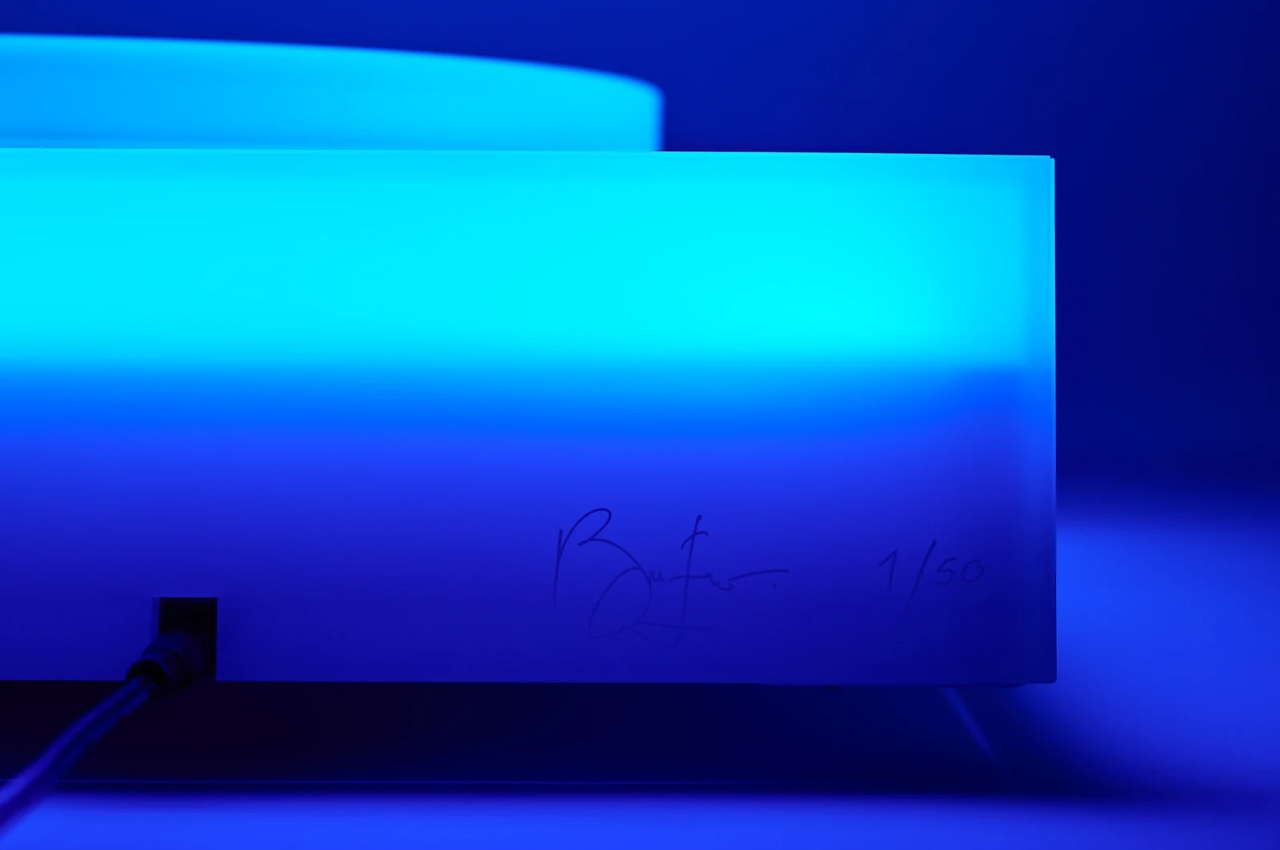 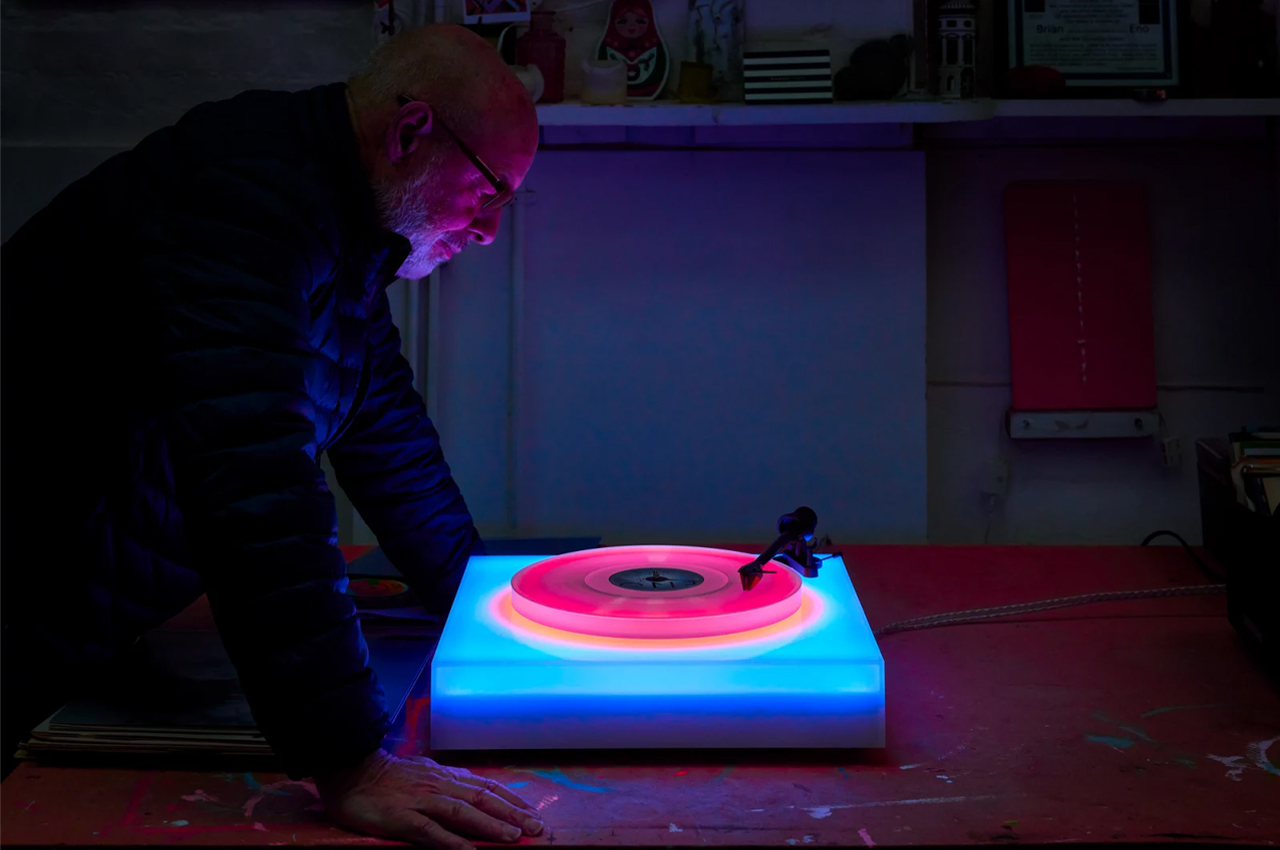 Utilizing the intersection of light and music to immerse audiences in meditative and hyperrealistic dazes, Eno has been inspired by the works of James Turrell, and Piet Mondrian, as well as suprematism, and early-20th-century Russian avant-garde art movements. 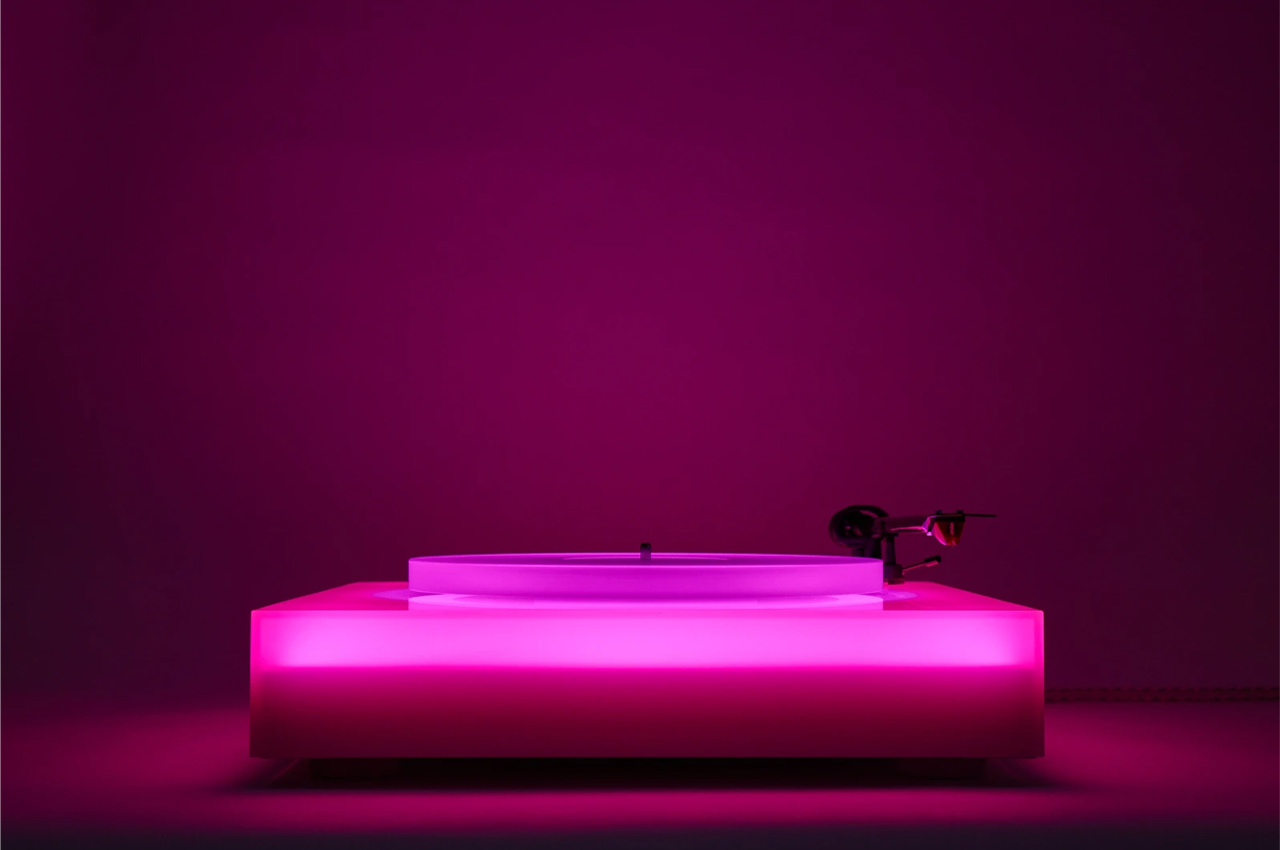 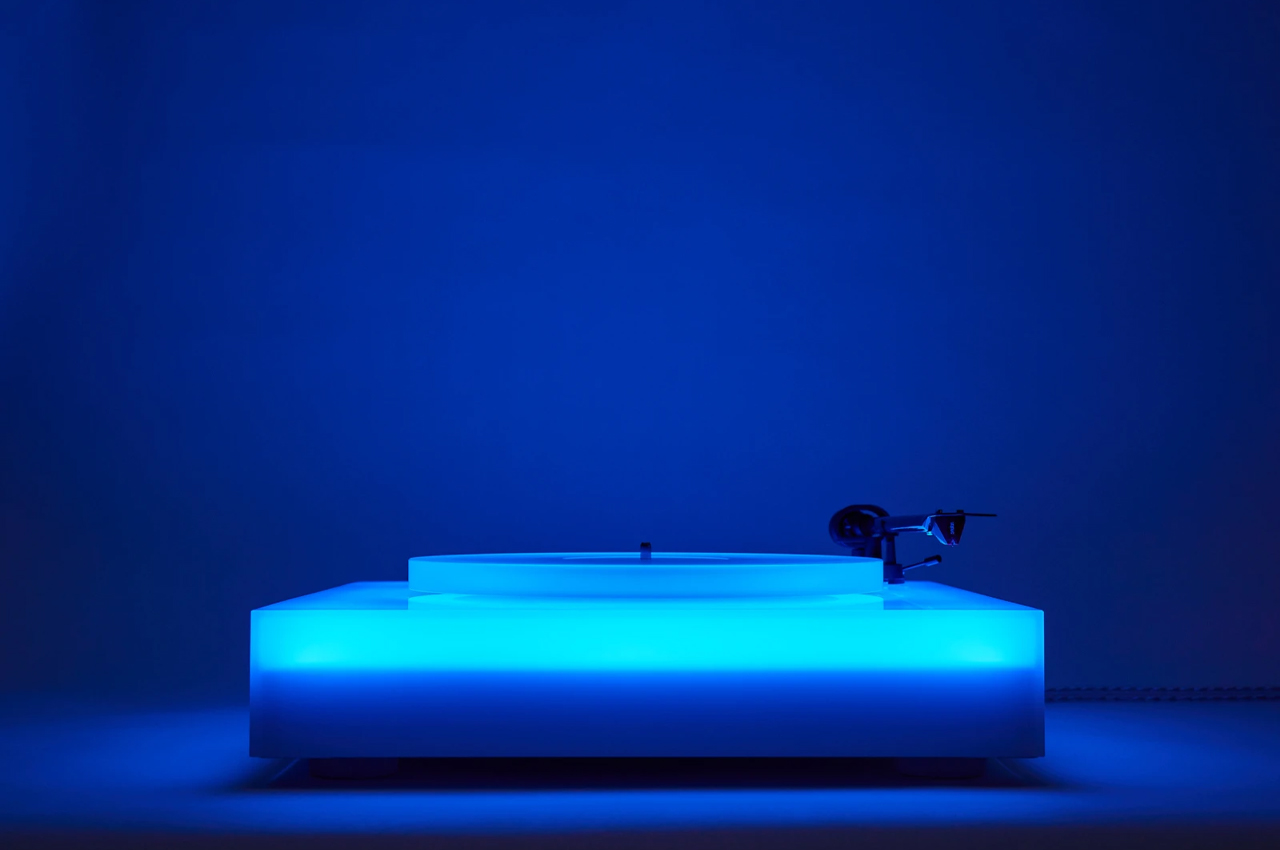 The new turntable from Brian Eno and the Paul Stolper Gallery embraces a cross-section of Eno’s varied craft and interests. Eno’s turntable emanates different-colored fluorescent LEDs from its base and platter, changing colors as the music plays. 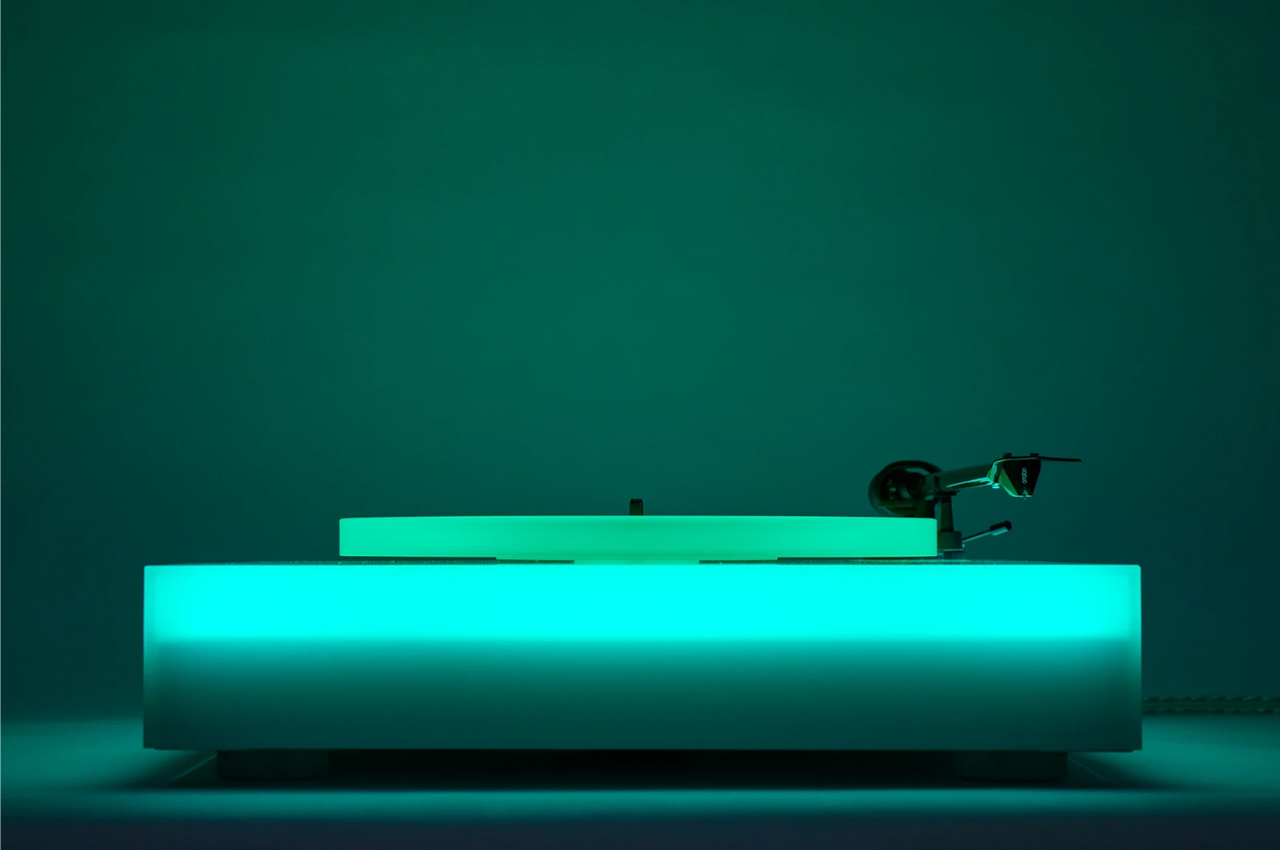 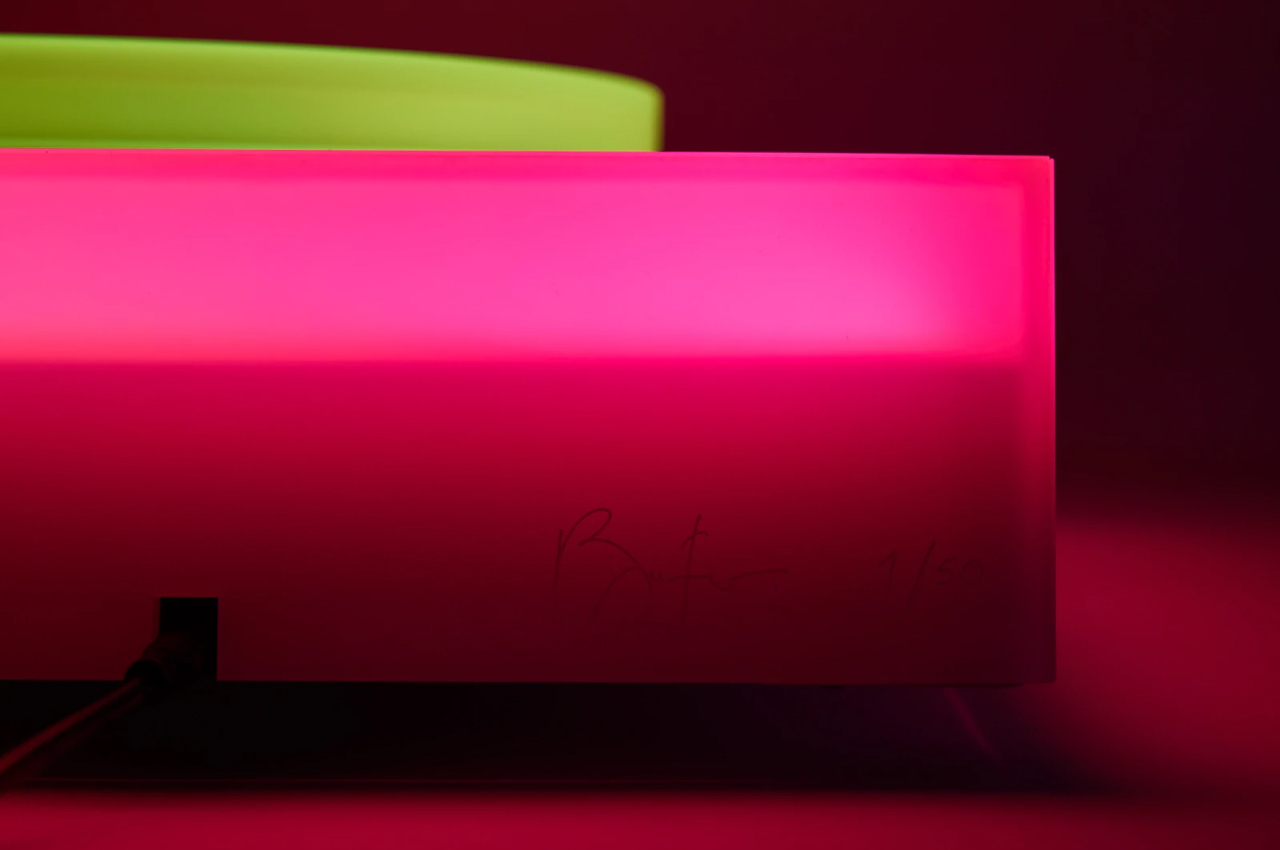 Describing his experience using the turntable for the first time, Eno notes, “The light from it was tangible as if caught in a cloud of vapor. We sat watching for ages, transfixed by this totally new experience of light as a physical presence.” 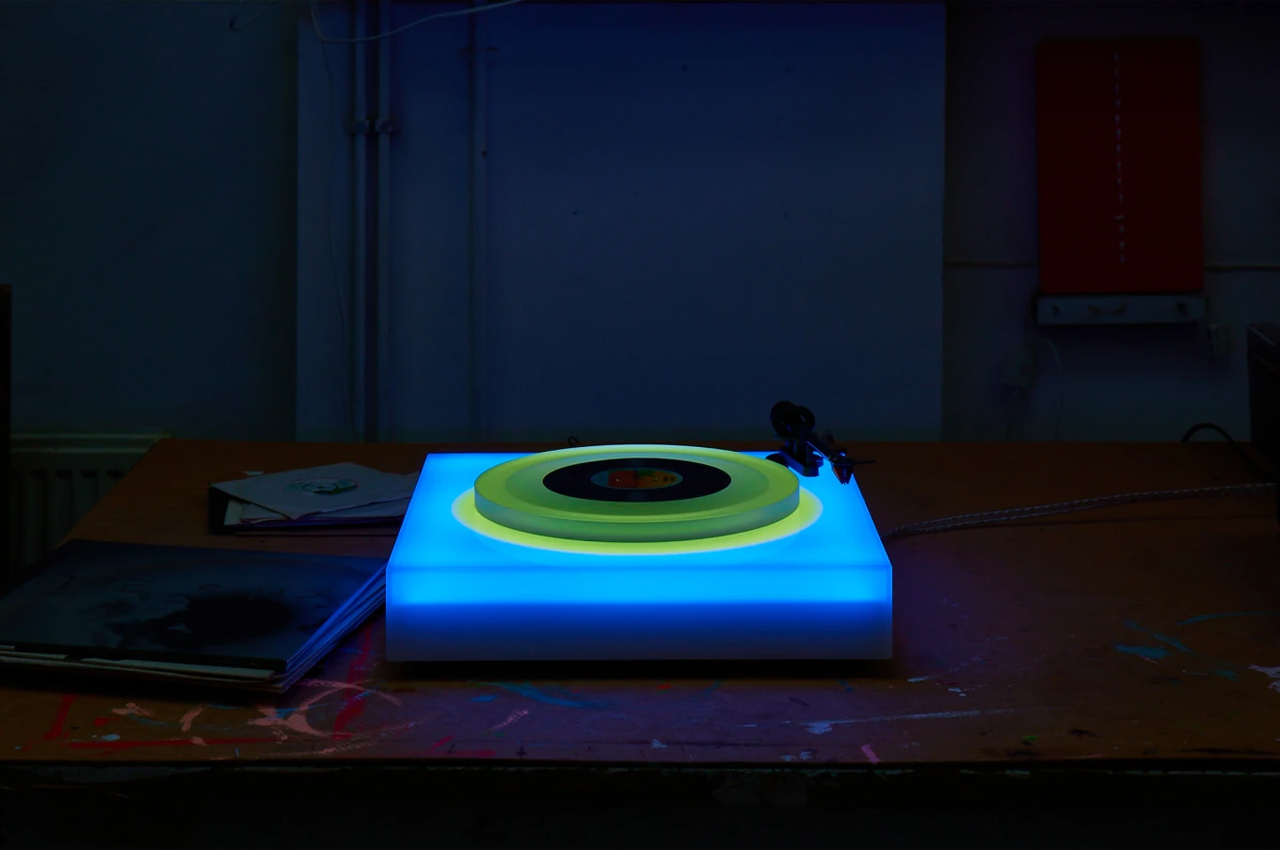 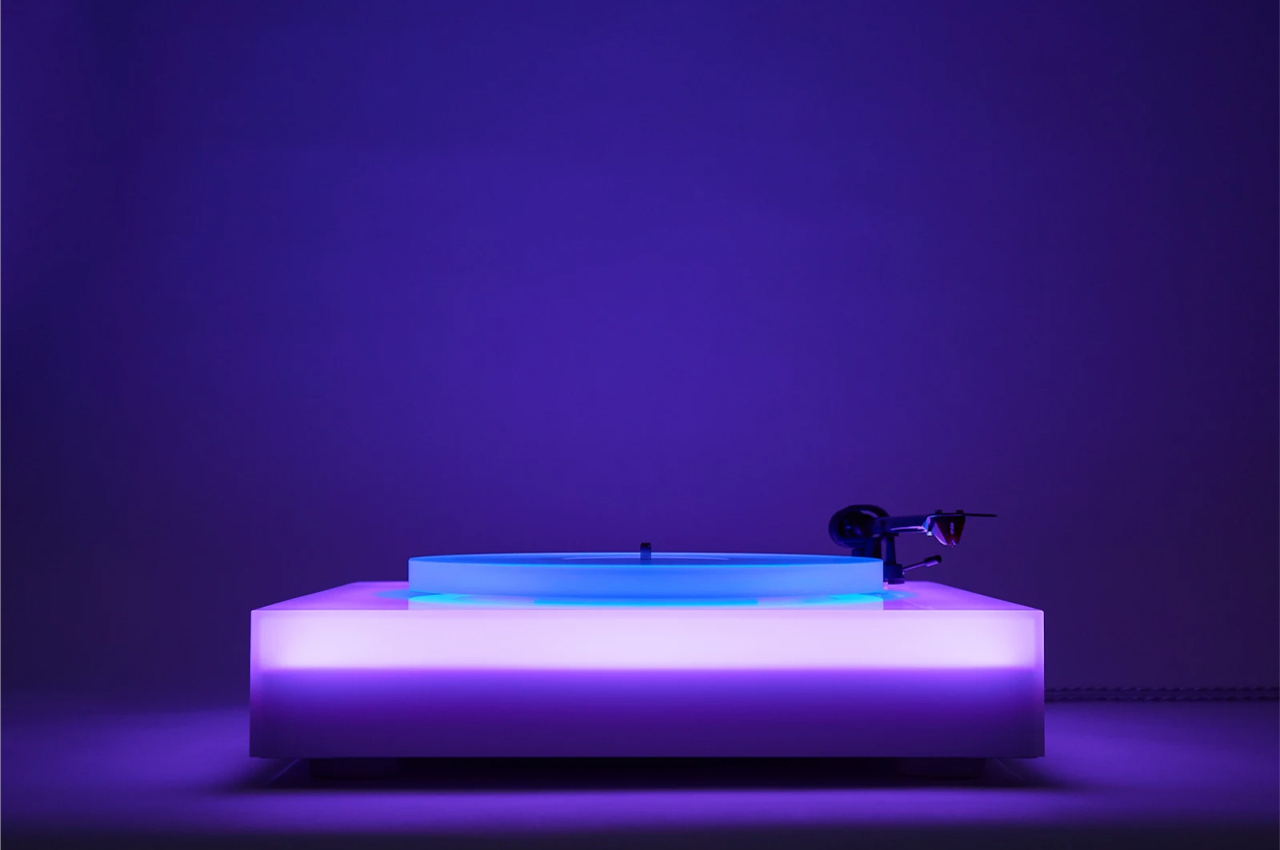 The turntable is wrapped in a translucent white shell that allows the color-changing LEDs to emanate warmly. 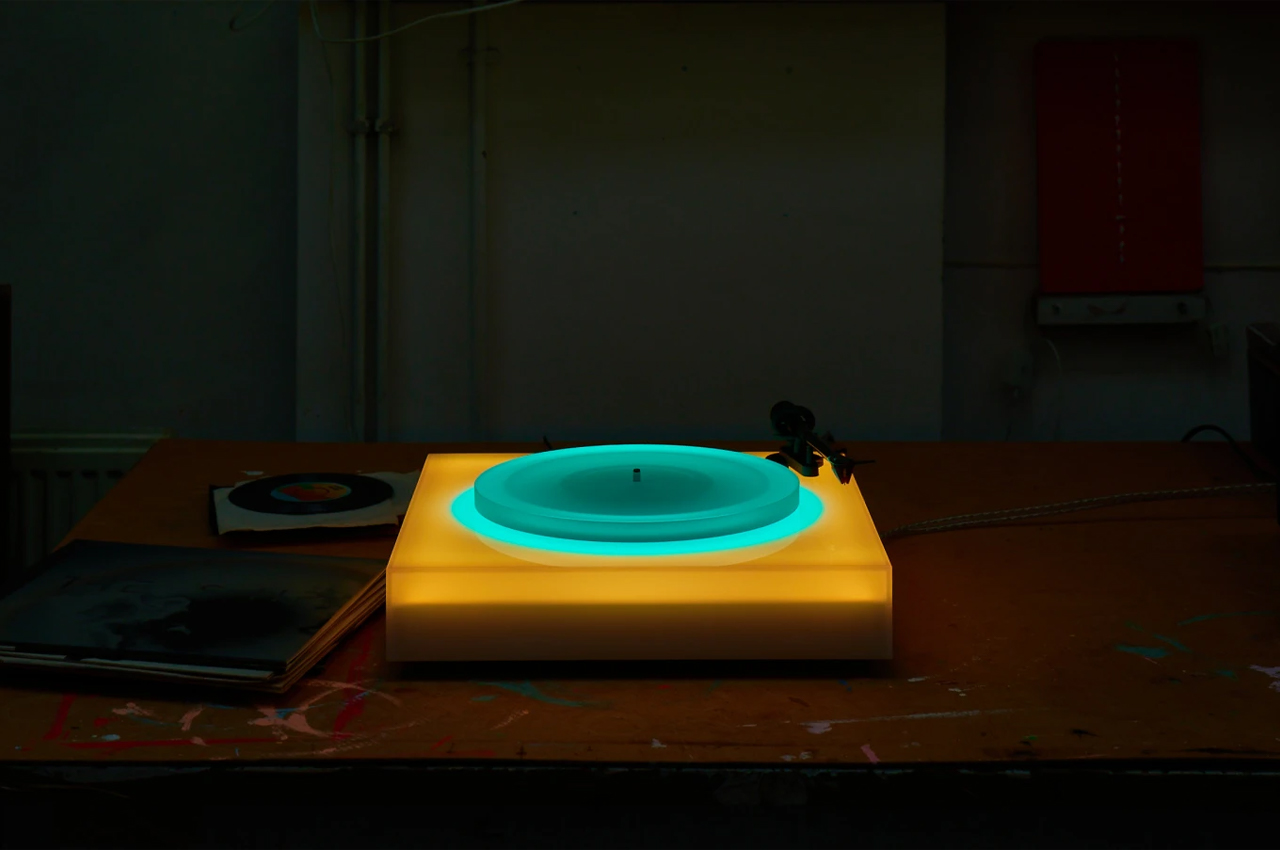 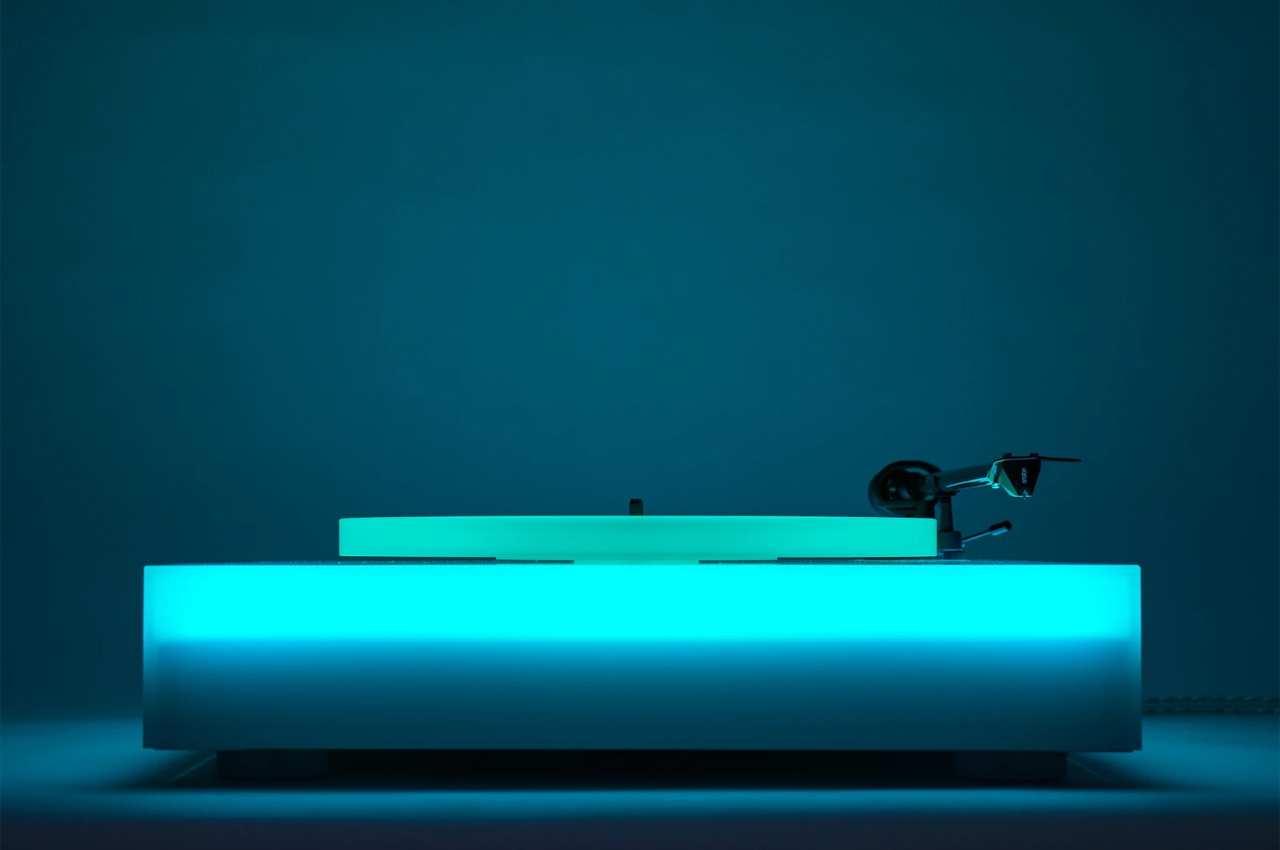 Each one of the 50 available turntables comes signed by Brian Eno and is given a batch number.

Liven your workspace up with this wall organizer that doubles as a vertical garden!

One of Cliclap’s defining features is the vertical garden module that allows the user to secure their own plant into the wall organizer, using one…

Training Wheels For Your Drill

People who aren’t familiar with power drills may now have a chance to give it a go, provided they’re not embarrassed to be seen using…

Verging on the design of SoundCloud’s logo, the YBE Speaker takes on an organic avatar, with cues from the shape of a bone, to the…

A part of Nespresso’s appeal is it’s super-simplified process, so why are many of the machines so complex? CUP reflects the original minimalism of the…