Going above and beyond anything your HEPA-based air purifiers can do (or even some of the UV ones), OneLife X uses plasma-field technology to purify the air… yes, the same plasma energy found in our sun. The OneLife X traps and eliminates 99.99% of all airborne particles, catching particles as small as 0.01 micrometers (that’s 10 times smaller than the Coronavirus), and runs indefinitely without ever requiring a filter replacement. 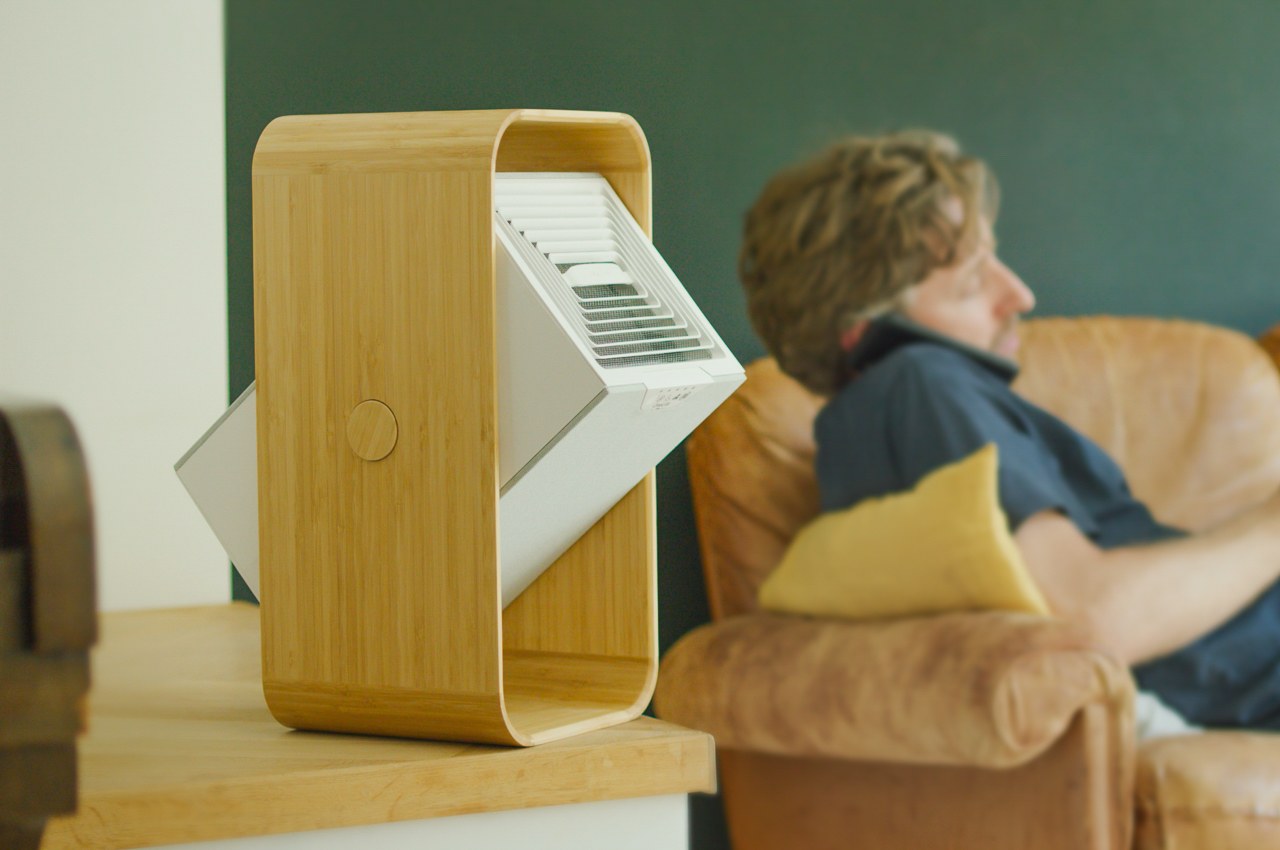 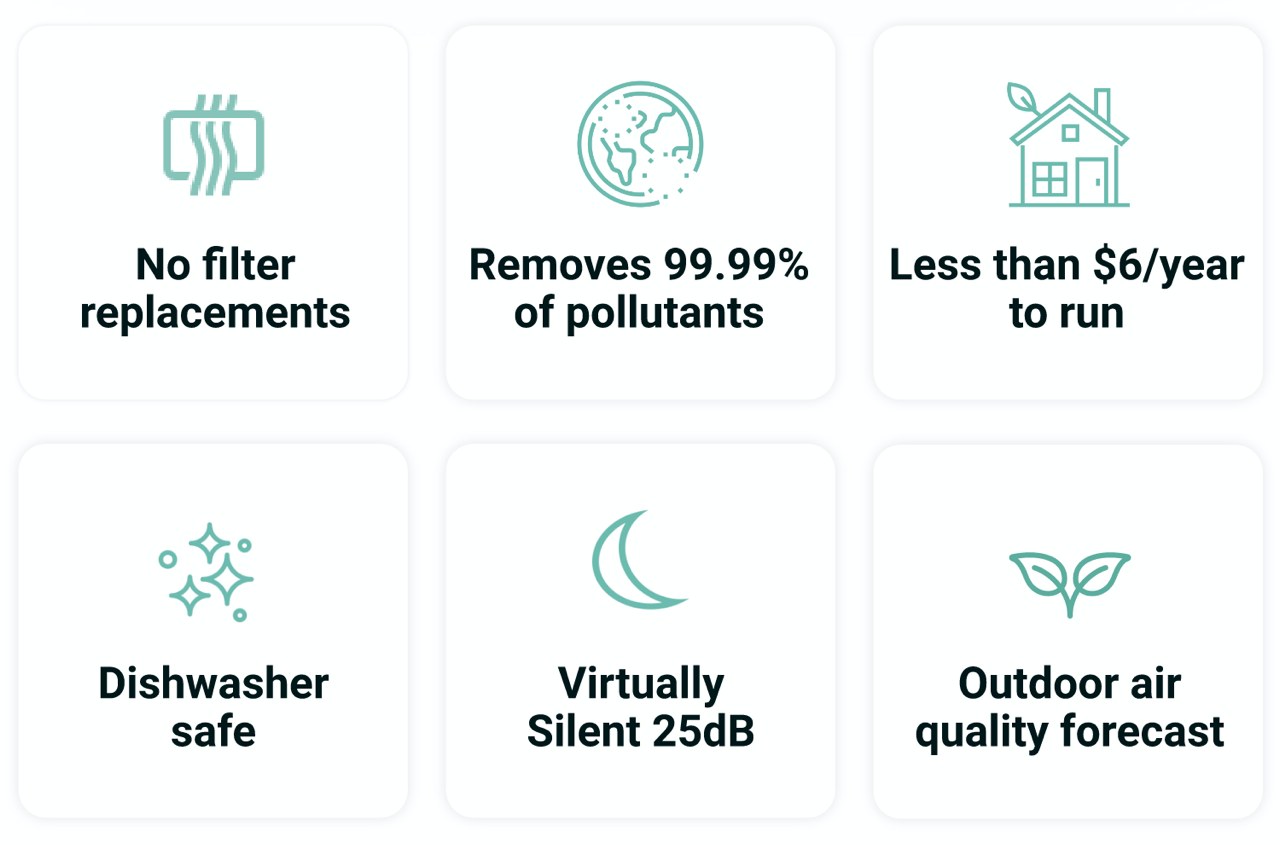 As OneLife CEO Christoph Burkhardt rather astutely puts it, “If you don’t have an air purifier, you ARE the air purifier”. Aside from relying on your eyes to see dust in the air, or your nose to correctly pick up on any gases, there’s really no way of telling if the air you’re breathing is polluted/unhealthy or not. The truth is that indoor air is almost always more unhealthy than the air outdoors, sometimes by a factor of 5 to 10 times… and unless you’ve got a great air purifier working round the clock to catch those unhealthy particles and toxins, chances are your lungs are catching them instead.

Eliminates 99.99% of airborne particles without the need to replace the filter ever.

Uses a high-precision laser sensor that detects particles as small as 1 micrometer, then the plasma technology removes particles down to 0.01 micrometers.

Burkhardt’s OneLife has devoted its efforts to building the most effective air purification technologies. OneLife’s magnum opus is the plasma field tech, which, as it turns out, is MUCH more effective than a HEPA filter, and healthier than an ionizing purifier. It’s extremely sustainable too, as the filters never need replacement, and can easily be cleaned under a running tap or a dishwasher. The OneLife X uses the same plasma field to purify the air rapidly and quietly, operating at a mere 25 decibels. It’s a whole lot cheaper to run too, with an operational cost of just $6 annually, unlike HEPA-based purifiers that can cost hundreds of dollars in replacement filters every year. 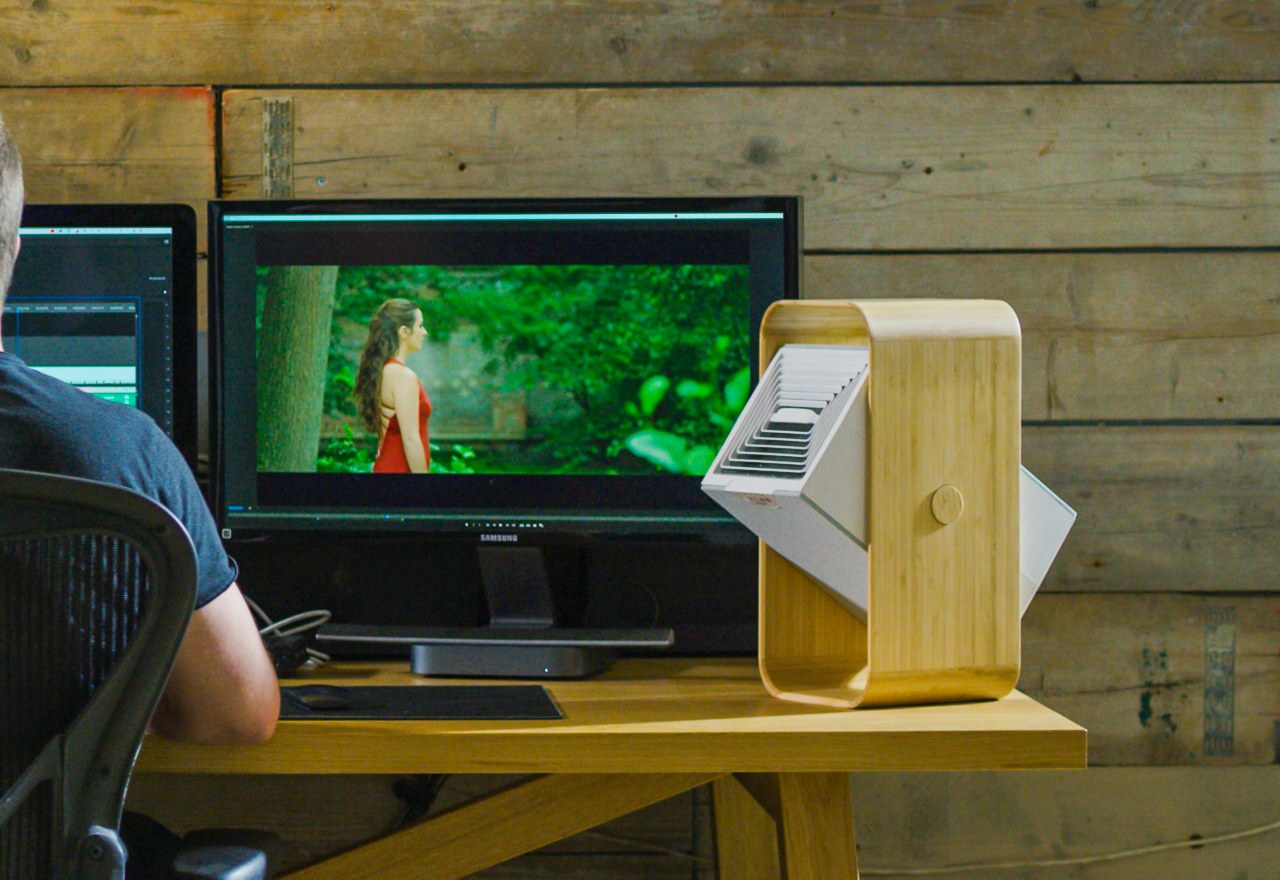 The entire purifier fits in a compact, easy-to-carry design that should remind you of the Apple Mac Pro computer. The OneLife X comes with an outer body made from a curved bamboo plank, with the filter being fitted inside, leaving a gap on the top and the bottom to act as handles as well as for air to pass through. The inner filter mass can swivel forwards and backwards, allowing you to ‘point’ the purifier’s outlet anywhere you want, and the OneLife X can even work kept sideways. 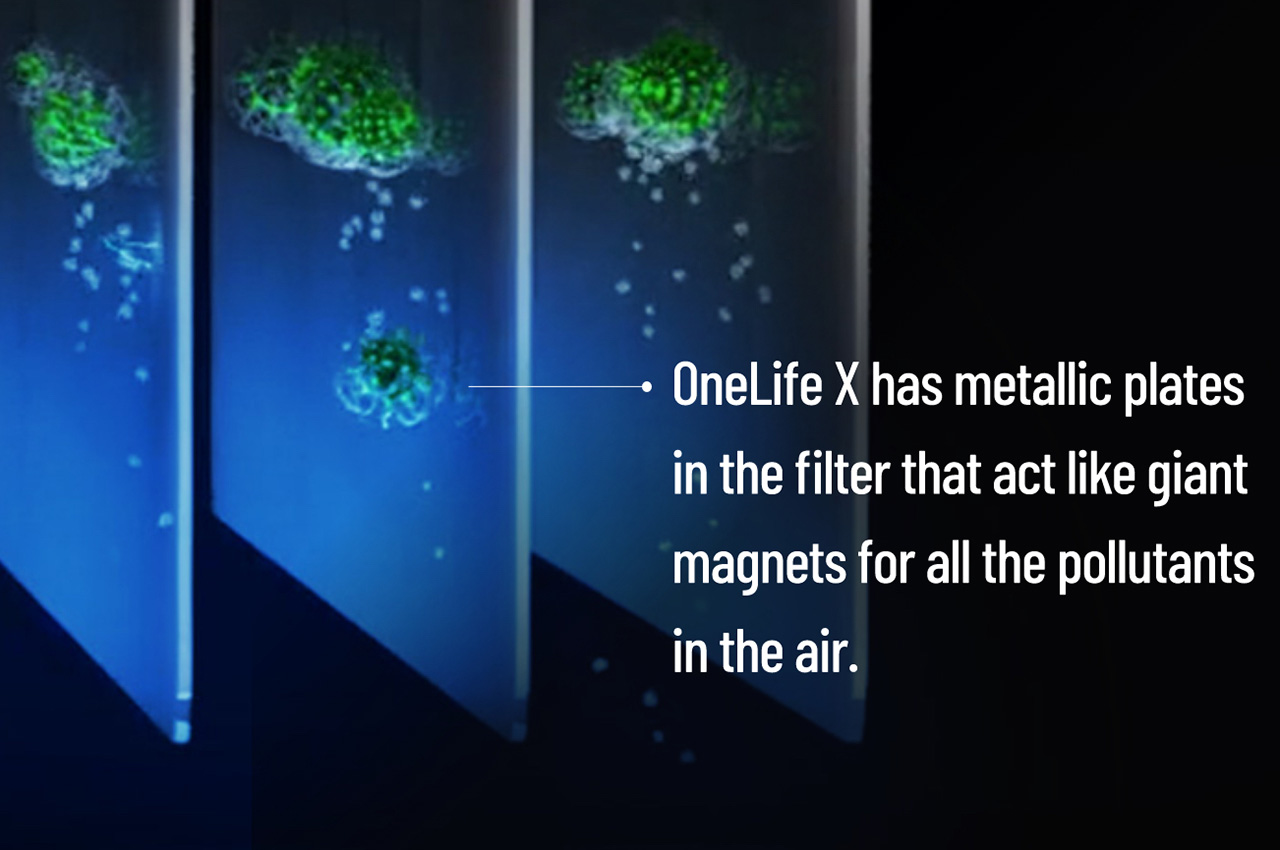 Air from the OneLife X travels from the inlet at the bottom, and comes out through the outlet at the top. As the air passes through the purifier unit, it first goes through a series of lasers that catch even the tiniest of suspended particles (sort of like something out of Mission Impossible), after which, the plasma field charges up particles as small as 0.01 microns, which then finally get trapped by the catching plates that magnetically attract them. 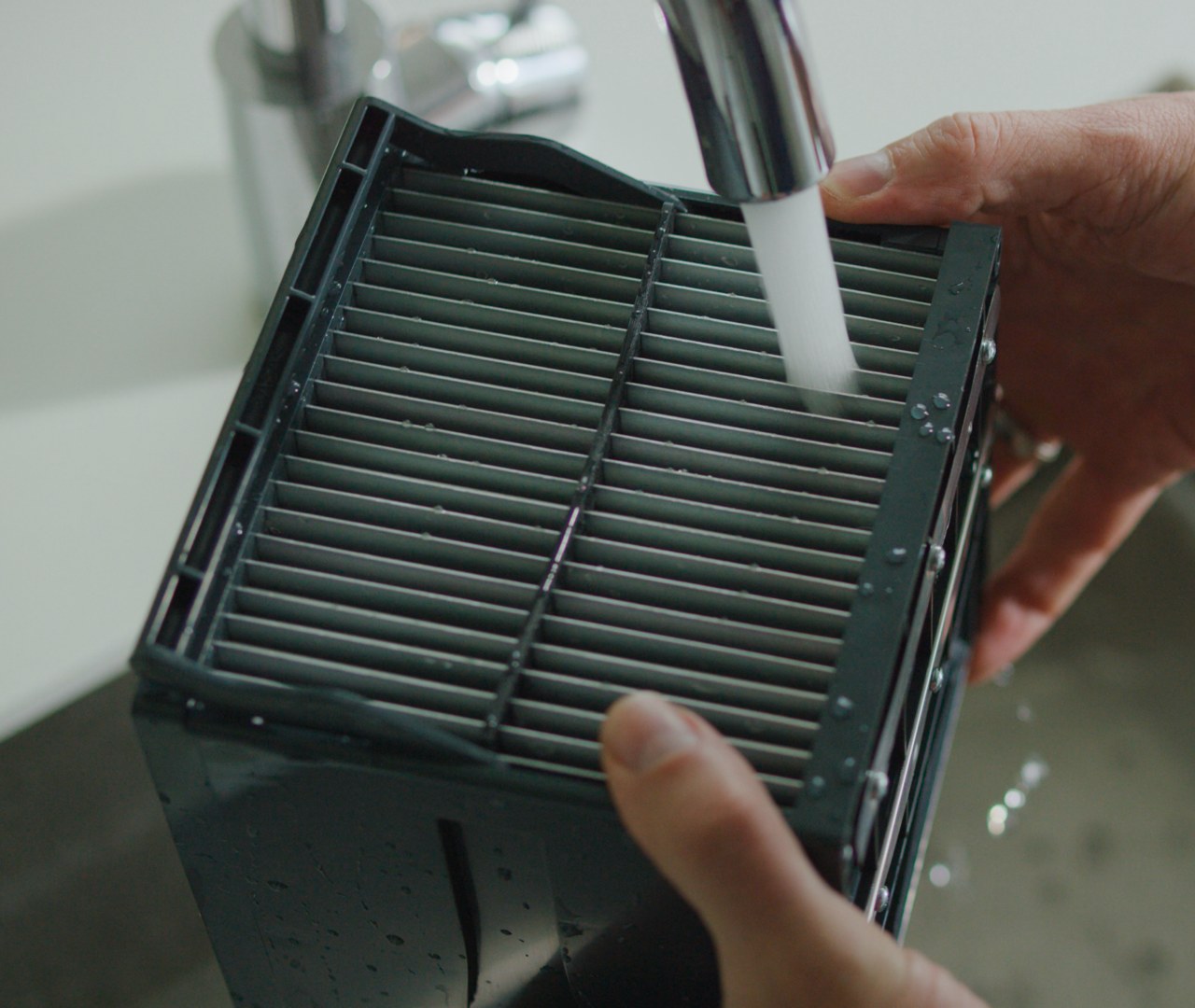 The catching plates can be removed when the purifier’s switched off, and cleaned under running water or even in a dishwasher. The water washes the particles off, making the plate as good as new, and allowing your OneLife X to work at peak performance yet again. 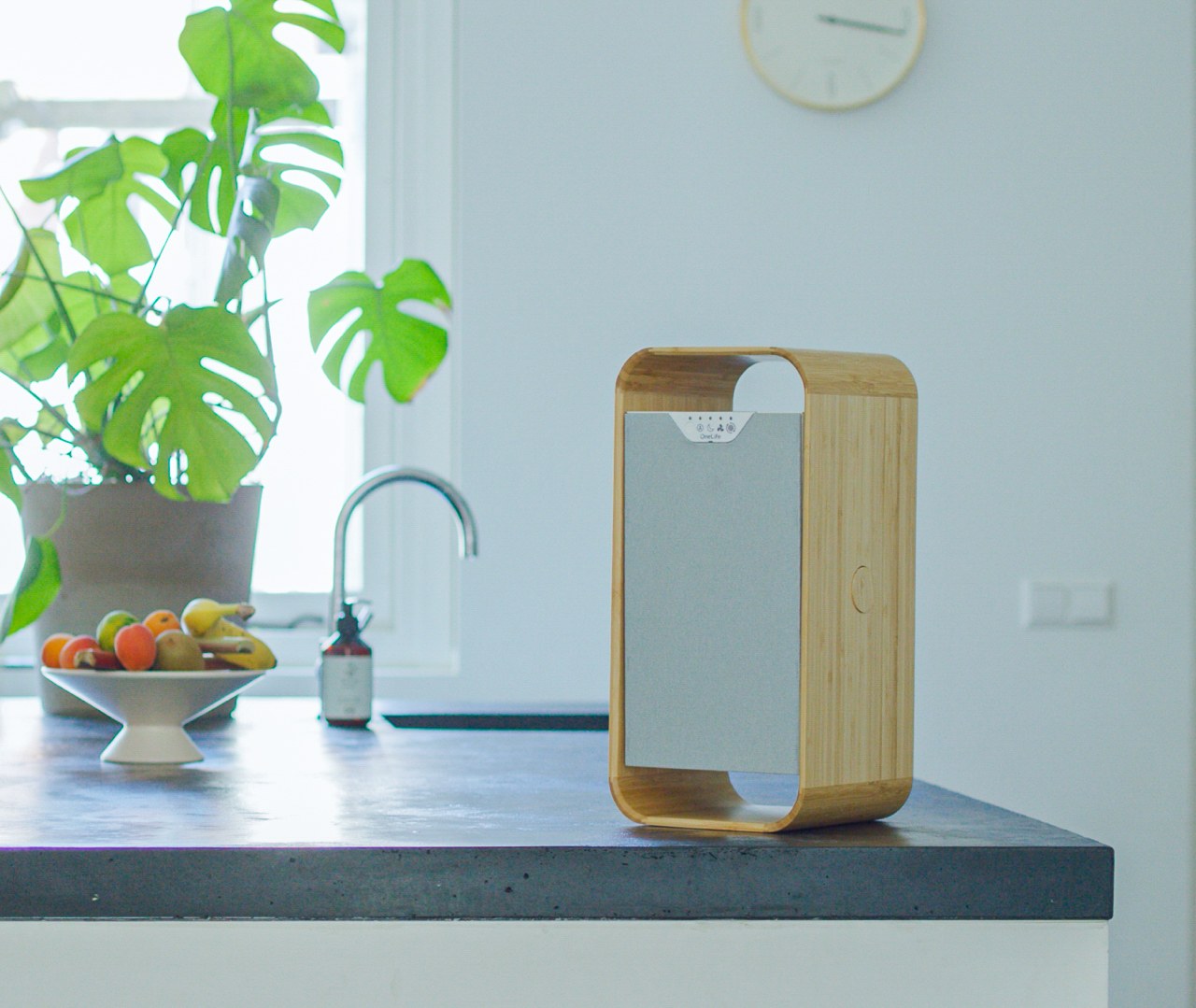 The purifier comes in a choice between two colors – black or grey, with three operational modes – a hassle-free Auto mode, a quiet Night Mode, and a Boost mode that can purify the air in a 270 sq. ft. room at record speeds. 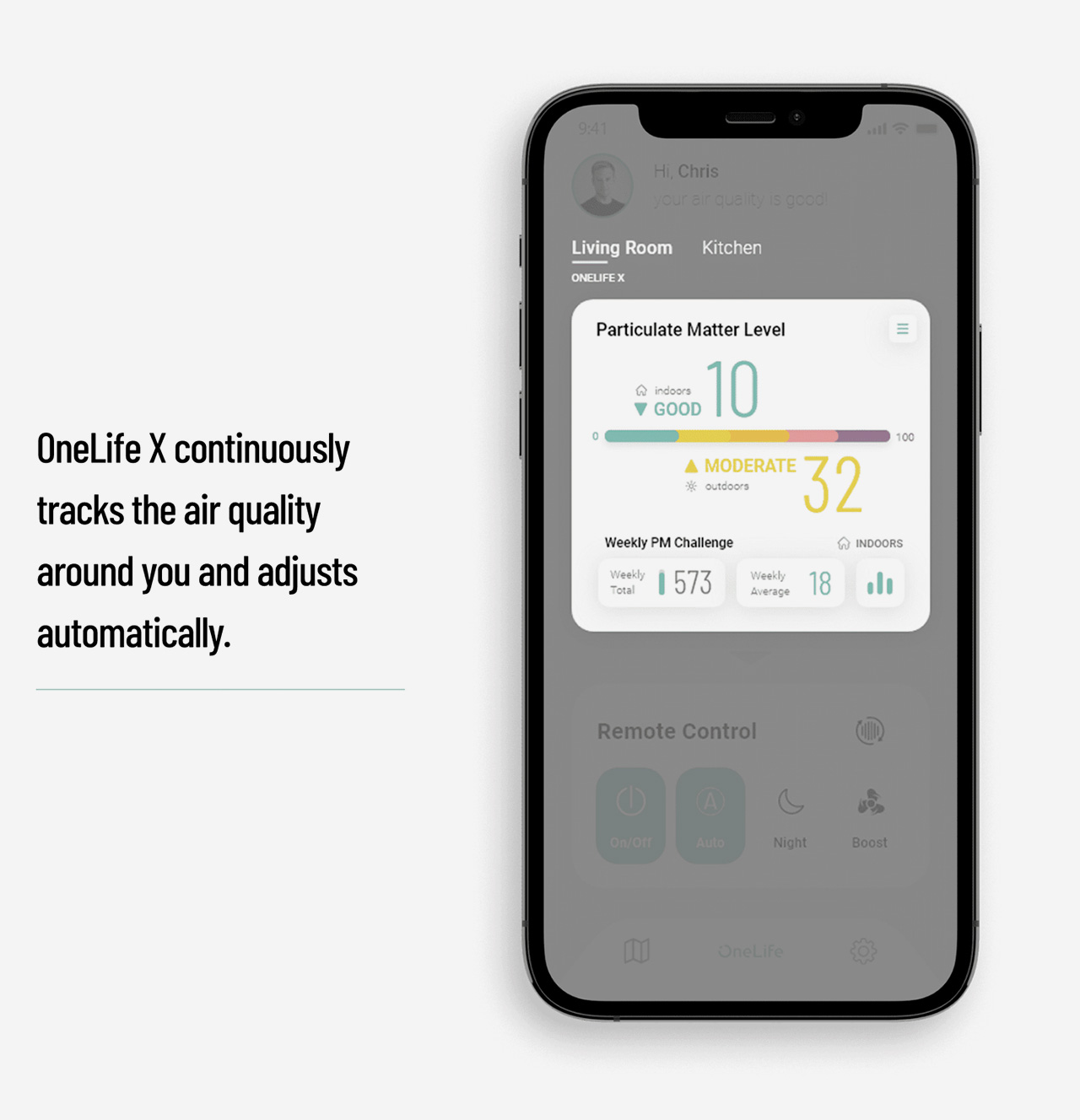 The OneLife X can be operated via a simple control panel on the appliance, or even through the OneLife X app, which shows you your current air quality broken down by PM level as well as VOC level, as well as sending warnings during events like pollen season, wildfires, or dust clouds. You can set up multiple purifiers in different rooms of the house, getting a detailed analysis of the air quality in each room, and integration with Apple’s HomeKit means the OneLife X can easily become a reliable part of your smart-home network.

The Kaleido torch is all about great combinations. With its simple construction, the torch can get converted into an ambient lamp just by sliding an…

Healthcare workers always have a lot on their plate and, above all else, the year 2020 has revealed that innovative design is essential to keep…

There is many a day I dream about taking my computer out of this stuffy office & working out in the open air! If you…

Stack ‘em Up Sound And Light

Fond of stacking up stuff viz-a-viz Lego? Cool, then enjoy this multipurpose iPod dock that can add stacks of speaker, light, air-cleaner and then some…