You can now be the center of attraction at a party and still be squeaky clean before you go to work the next day.

Tattoos have always been controversial in the modern age. Although they had important social and cultural significance for most cultures in the past, they have acquired a stigma today that’s often associated with unsavory characters. There’s also the issue of tattoo inks causing negative effects on your body, especially your blood. Temporary tattoos have long been available as relatively safe alternatives, but a new kind of device is trying to make it easier to show your creativity on your body, even for just a while. 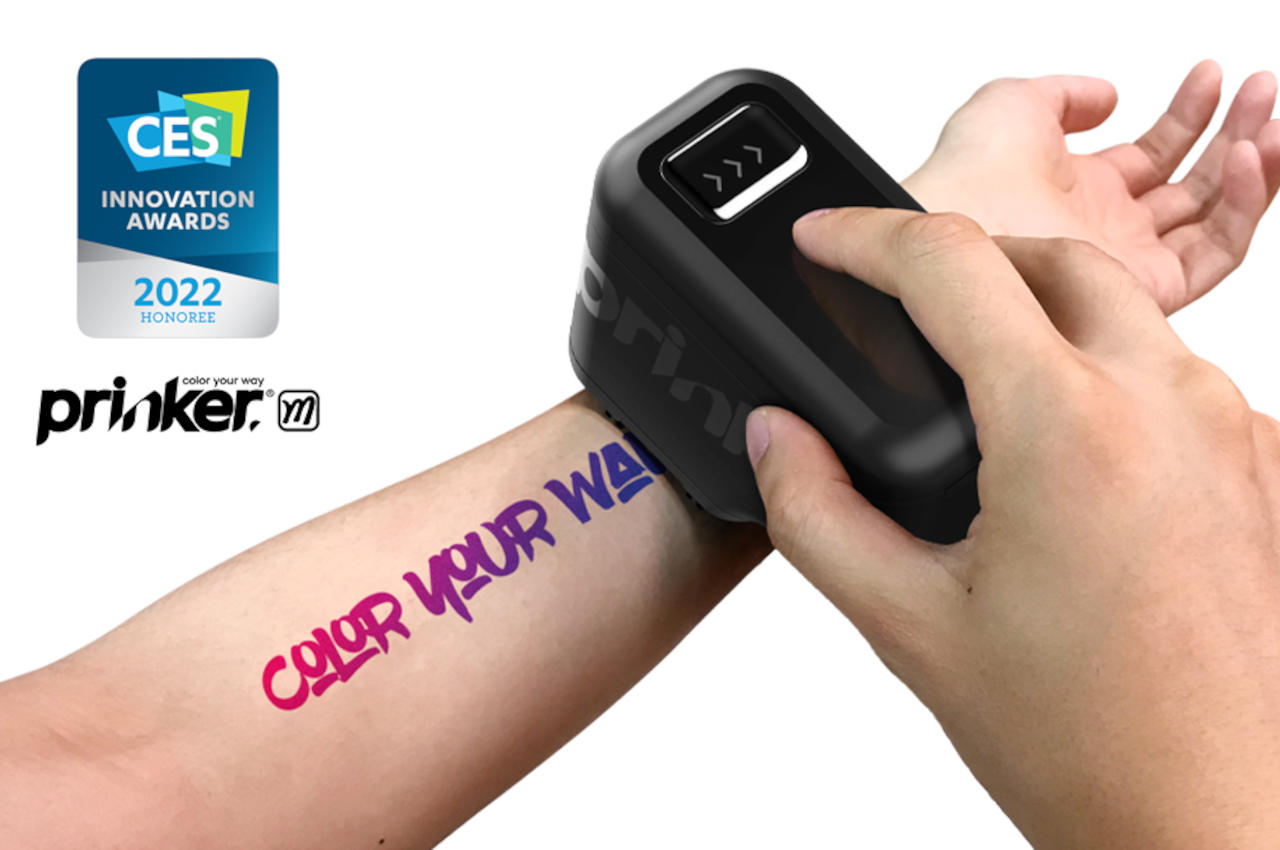 Prinker is a handheld printer like no other, designed and engineered to print not on paper but on your skin. Although the Samsung spinoff has been around for a while, it’s bringing its most compact version yet, the Prinker M. No larger than a typical barcode scanner, the device can easily be taken with you anywhere, like at a party where you can amaze friends and strangers with the ability to put colorful tattoos at a moment’s notice. 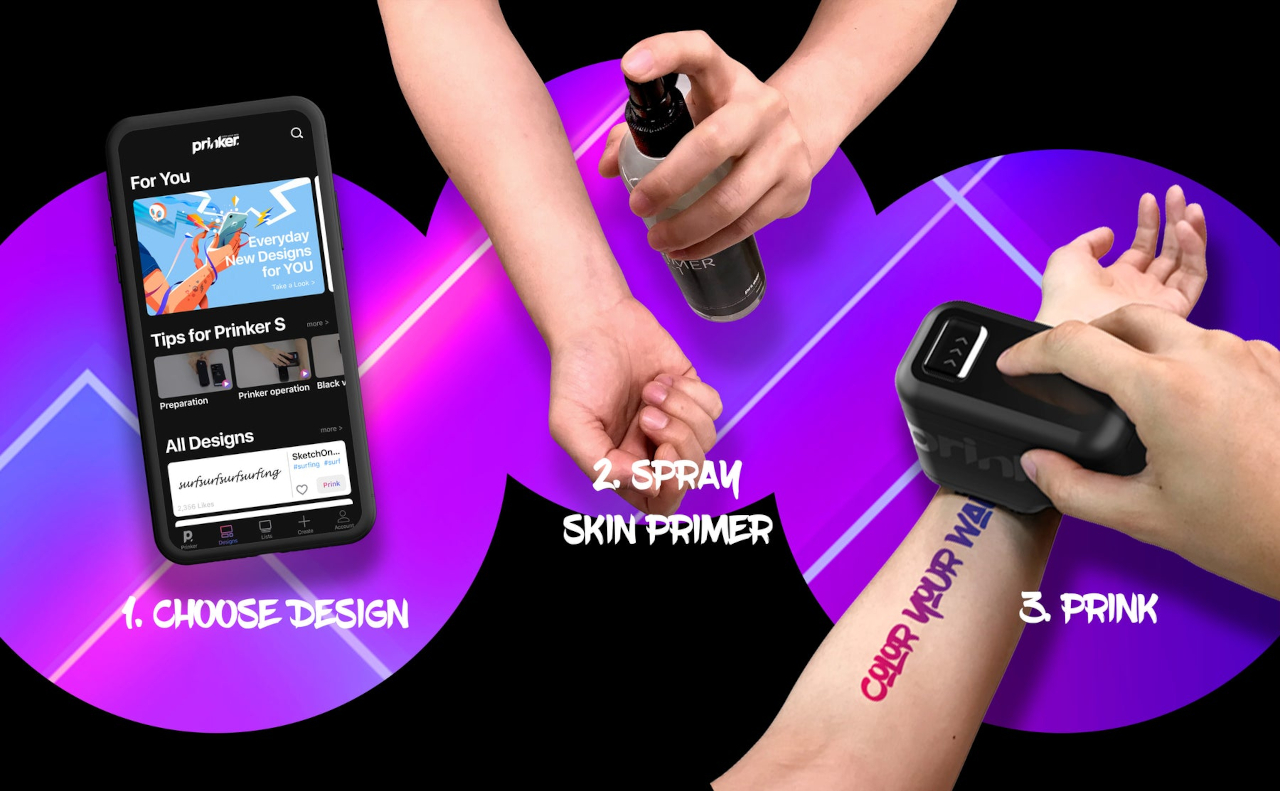 The device itself is only part of the magic, however, and Prinker’s proprietary ink is what makes it possible to actually put something on your skin. The ink is waterproof but can be easily removed with soap and water, making sure you can hide any evidence of the previous day’s shenanigans. Prinker says that the ink is registered with the U.S. Food and Drug Administration’s (FDA) Voluntary Cosmetic Registration Program (VCRP) and EU Cosmetic Product Notification Portal (CPNP), though it makes no mention of environmental hazards of the substance. 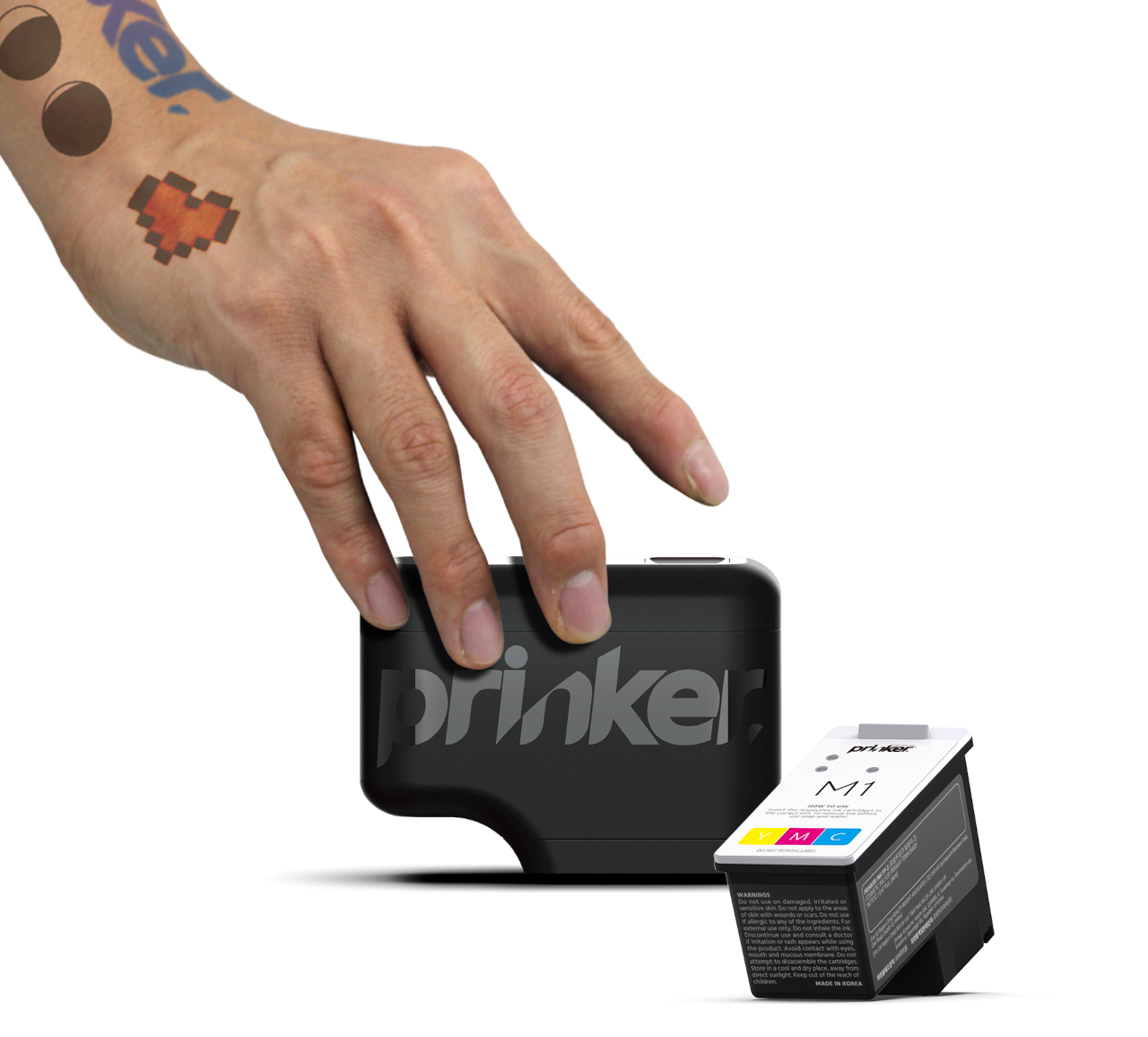 Of course, temporary tattoos are nothing new. What Prinker brings to the table is the ability to not only choose your tattoo design but also make one of your own. There are mobile apps for Android and iOS, as well as a cloud-based platform for downloading and uploading designs. Not many temporary tattoo platforms offer this kind of flexibility, making Prinker a one-of-a-kind tool for artistic expression.

The Prinker M is the newest and smallest version of this handheld temporary tattoo machine, but it does have one limitation. The older Prinker S can use both black and colored inks, while the Prinker M is limited to colors only. That said, it is also cheaper at $199, though you’ll also have to allocate $99 for the Color Ink. 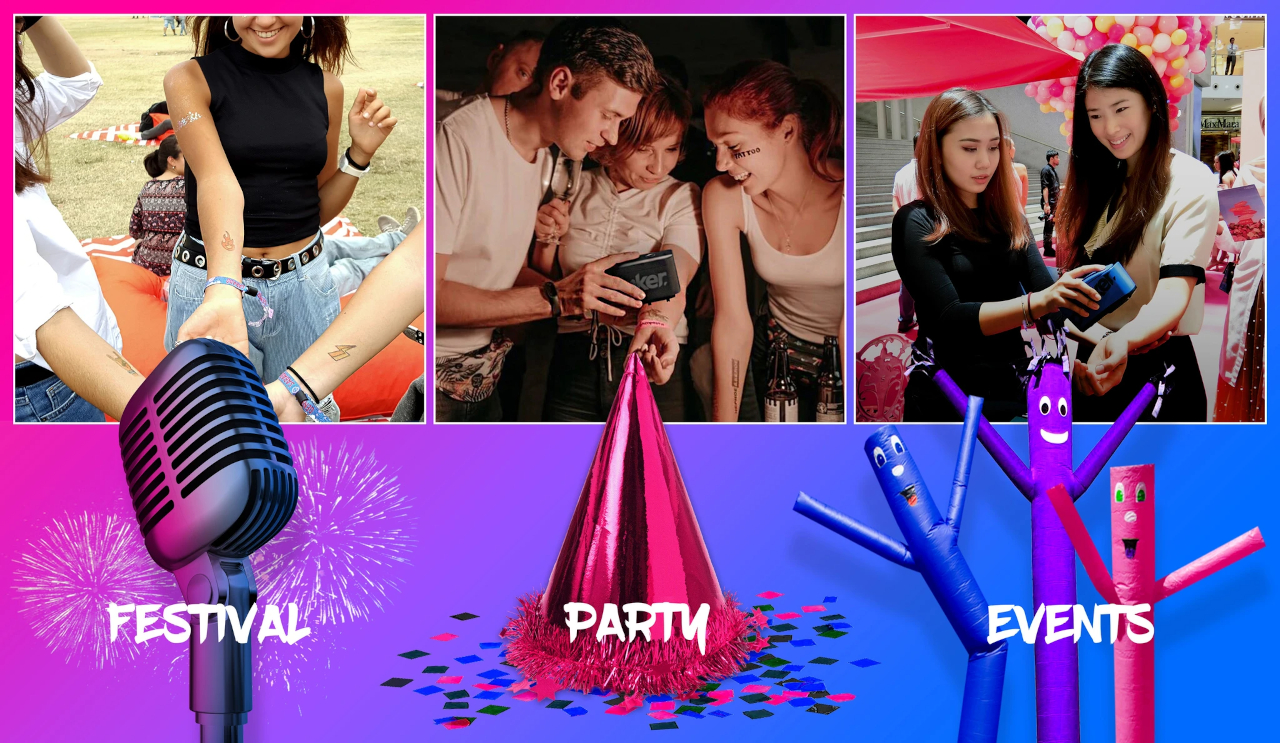 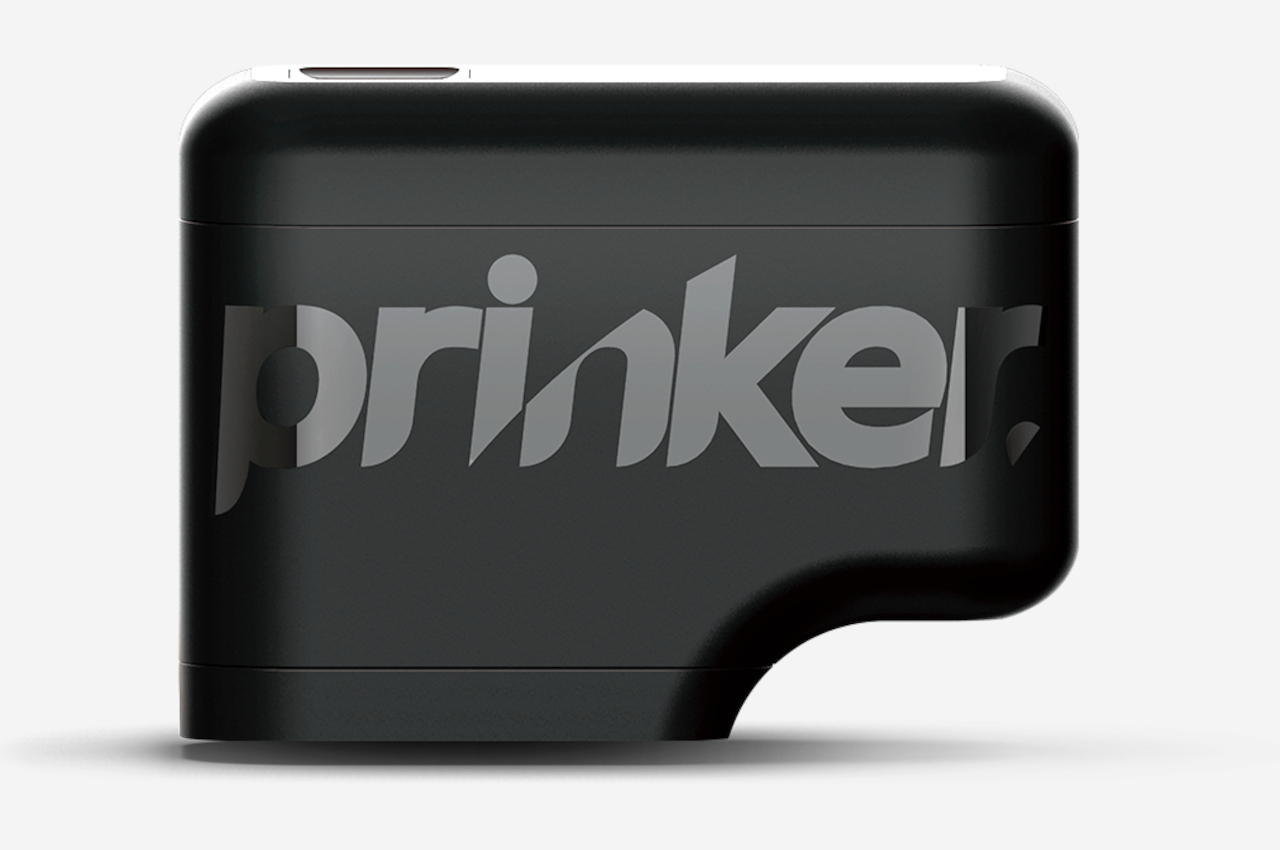 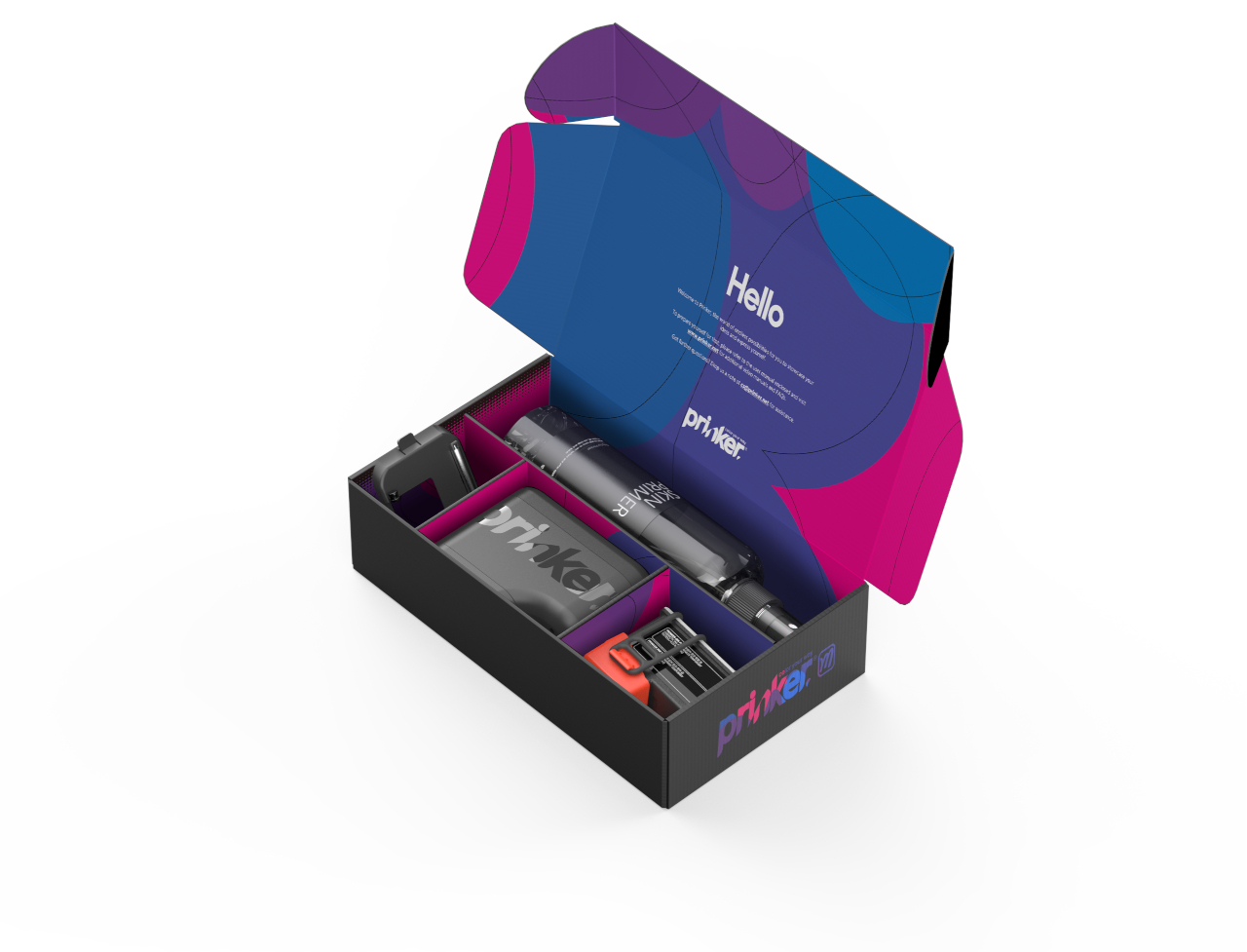 Power to The Fast Tracks

T-box is a power generator that harnesses wind-energy when a train moves across the tracks. The box kind of merges with the sleepers on the…

Smart hubs like the Amazon Echo and Google Home are cropping up all over the place. Considering the fact they’re all new pieces of tech,…

Nice name, huh? Actually the name is “Breeze Radio” but I thought it better to make it more technical to get you weird electricity connection…

Increased awareness among consumers regarding climate change sets a demand for deeper insight into the production and handling of groceries. By studying shopping patterns, informational…