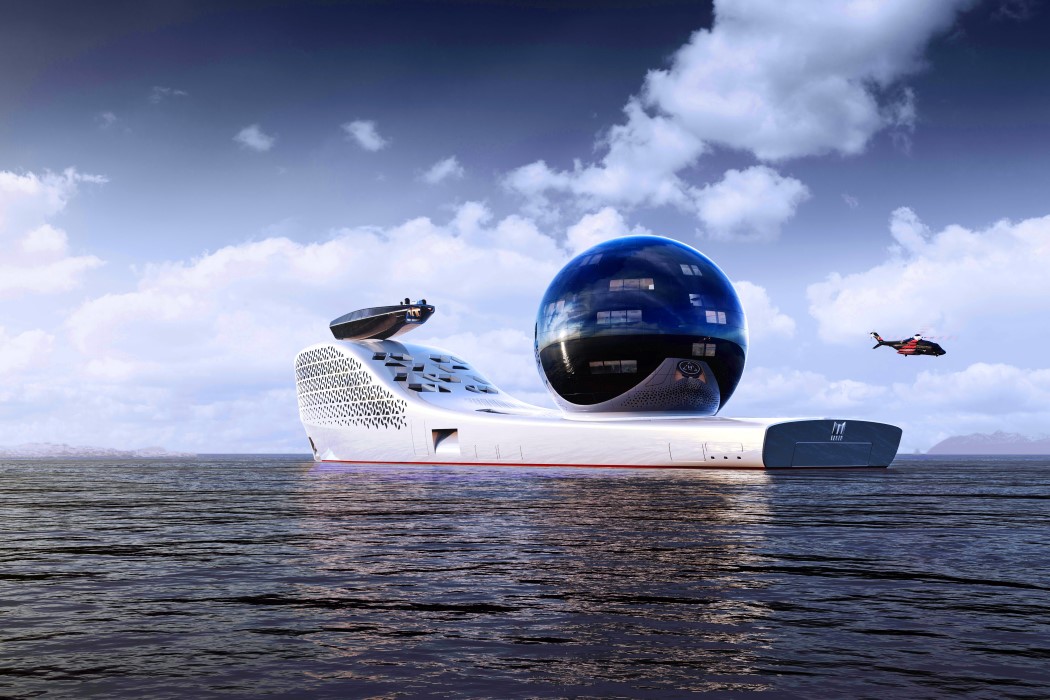 Forget Jeff Bezos’ superyacht, the Earth 300 Climate Research Vessel is so large, it even puts the Titanic to shame.

Designed to be 300 meters in length and capped with a 13-story-high ‘science sphere’ on top, the Earth 300 was conceptualized by naval architect Iván Salas Jefferson (founder of Iddes Yachts) as the torchbearer of global science, allowing us as a species “to expand our knowledge and understanding of the universe, both above and below the ocean’s surface.” It comes equipped with 22 state-of-the-art laboratories for research, a cantilevered observation deck, and has space for 160 scientists (along with dozens of other experts and student researchers), 164 crew members operating the vessel, and finally 40 additional slots for ‘VIP guests’. However, here’s the most impressive part of the Earth 300 vessel… it runs entirely on ‘clean’ nuclear energy. 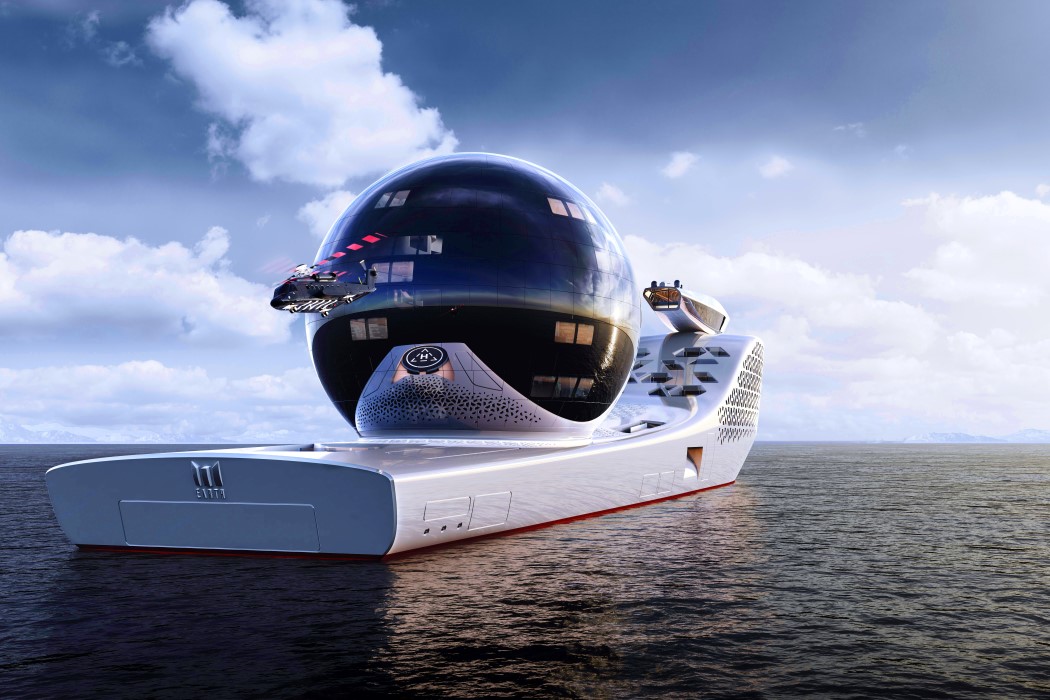 The Earth 300 vessel boasts of an incredibly captivating design, with its ‘floating marble on a surfboard’ aesthetic that’s supposed to resemble the planet earth on a path to the future. The vessel has an almost sculptural quality to it, of which designer Iván Salas Jefferson said “We wanted to create a design that would inspire. When one looks at the sphere, we want them to be inspired to protect Earth. When one walks into the sphere, now housing the science city, and feels the action of all the ongoing scientific works, we want them to be inspired to become an alchemist of global solutions.” 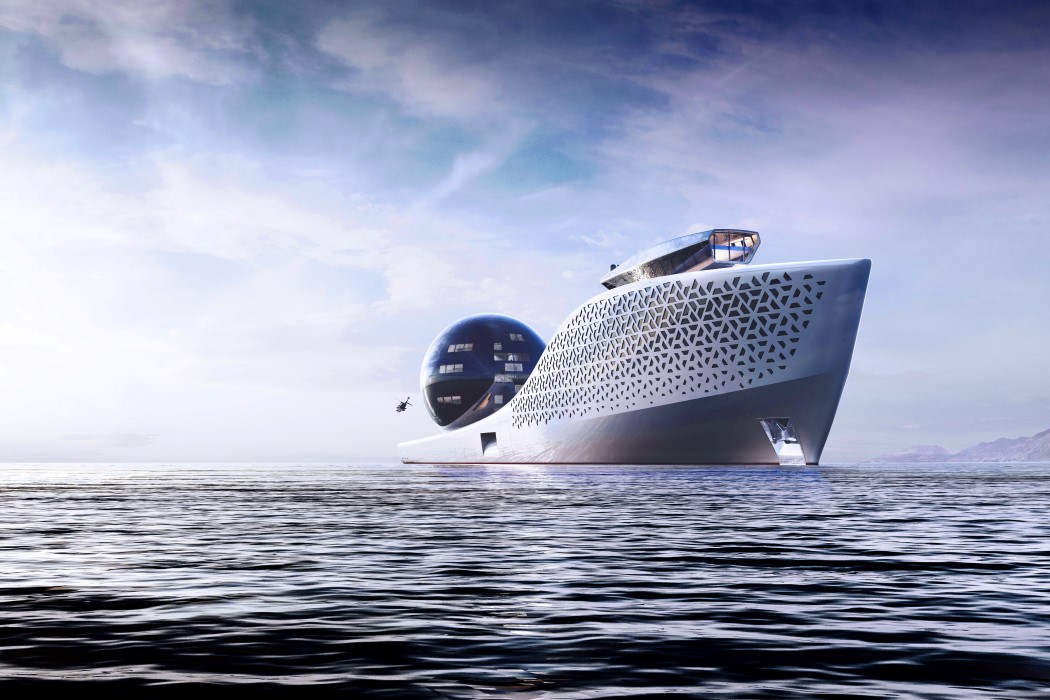 Expected to set sail as soon as 2025, the Earth 300 vessel is currently being constructed by Polish naval architecture firm NED. The construction of the gigayacht is projected to cost anywhere between $500-700 million, and prominent backers of this project include names like IBM, Triton Submarines, EYOS Expeditions, and RINA, an international leader in maritime safety. The Earth 300 will also be powered by a unique ‘Molten Salt Reactor’, a new generation of atomic energy that’s safe, sustainable, 100% emission-free, and is developed by TerraPower – the nuclear innovation company founded by Bill Gates.

“The oceans are dying,” Salas Jefferson mentioned to Architectural Digest in an interview. “Having been born in Palma de Mallorca, I’ve seen it firsthand in the Mediterranean. Now is the time to reboot, reconnect, and redirect our planet’s destiny. Our oceans keep us—and our planet—alive, and Earth 300’s mission is to protect our oceans and ensure their health for generations to come.” Space may be the future, Salas Jefferson says, but “today, Earth is our only home.” 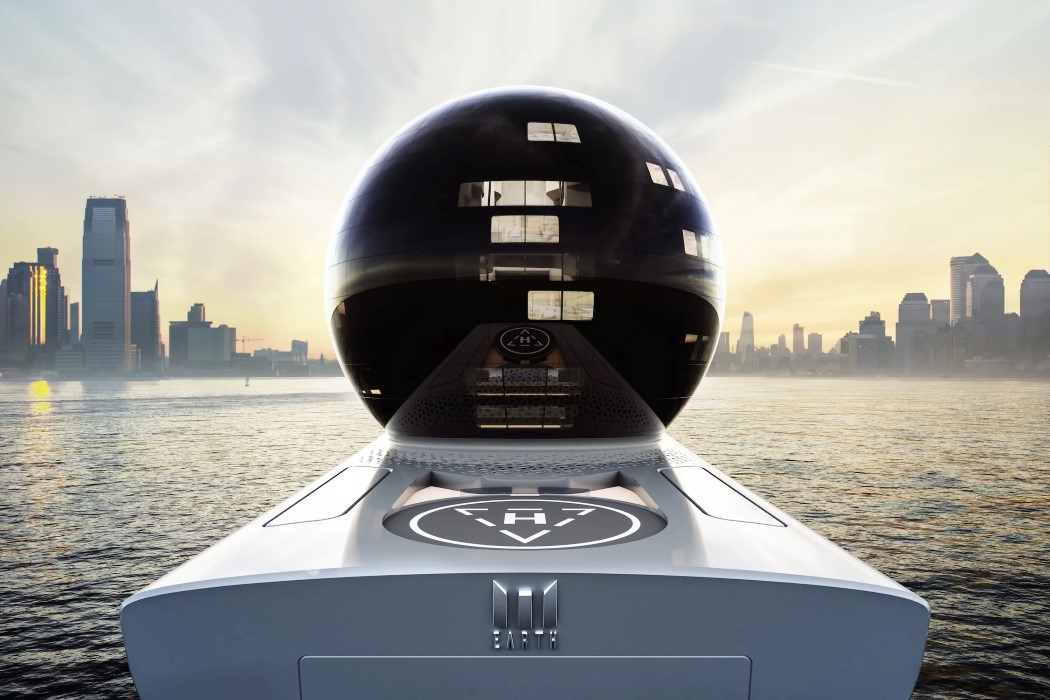 It’s all hunky-dory to go camping with a trailer till you need to get to the cleaning part. From what I know, very few really…

The Solar Bike is a cool concept that allows us to work some calories and conveniently switch to electric pedaling once we are tired. The…

This modern cabin in the Iranian mountainside makes for the perfect summer getaway!

Biomega’s car is the most minimal automobile aesthetic ever!

With a car body that literally looks and feels like a chassis, Biomega’s SIN CUV looks (and is) minimal for a reason. Efficiency. In a…