The world’s opening up again, and leave it to technology to give you the power to be a native no matter where you go. The Timekettle M2 are a pair of TWS earphones with a unique two-part design that allows you to speak fluently in up to 40 languages, or have an easy multilingual conversation with someone who doesn’t speak your language… all in real-time, and without the internet. 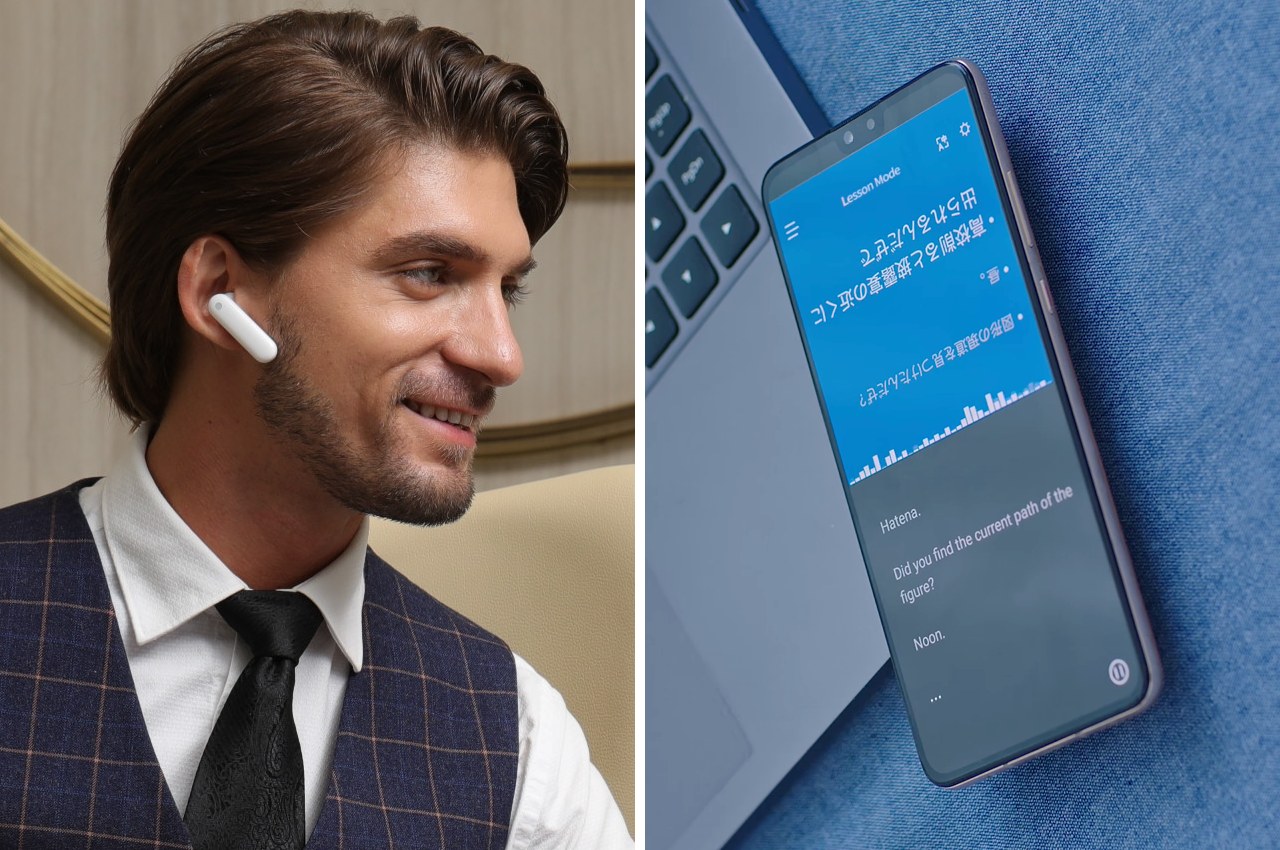 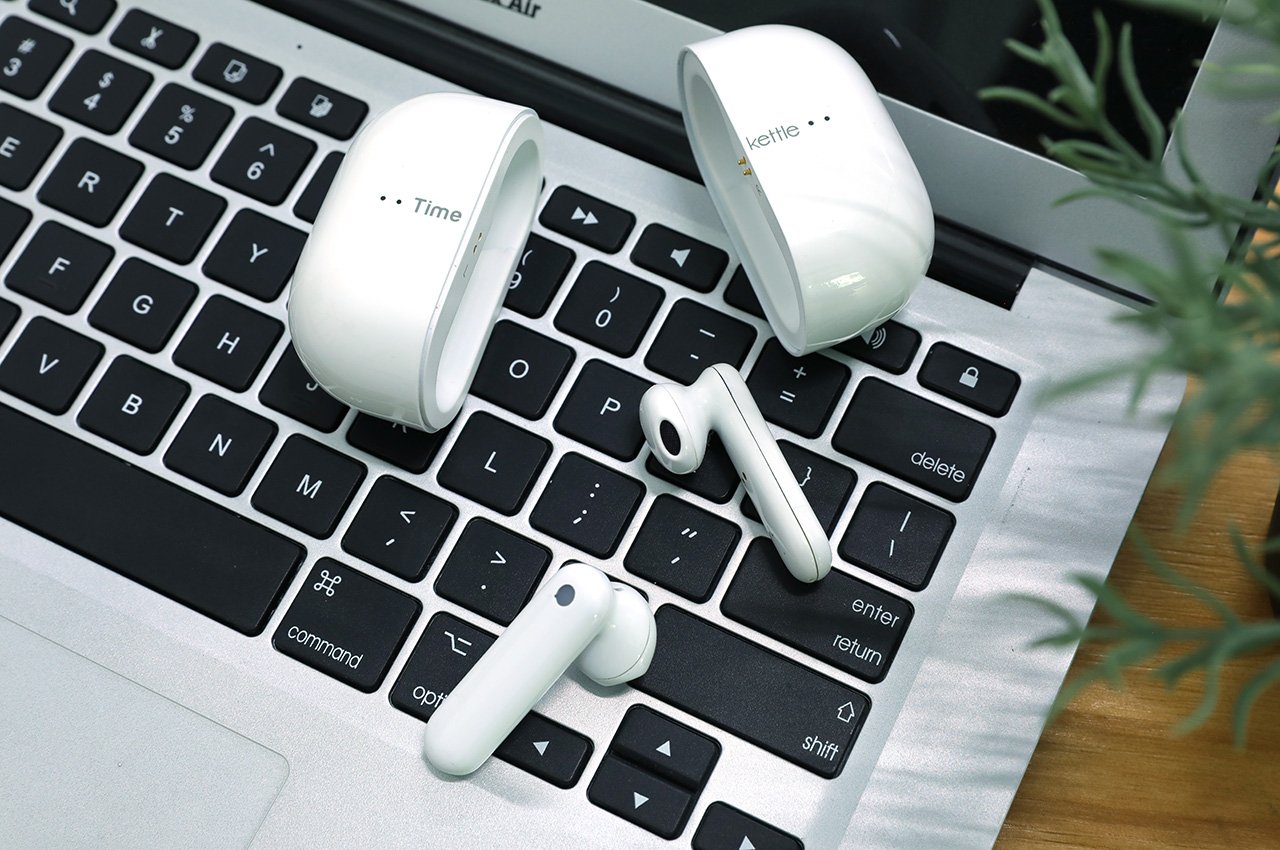 There are two main components to any conversation – talking to a person, and listening to the person talk to you. It’s only natural that earphones designed to facilitate conversation would embrace those two parts, right? The Timekettle M2, in that regard, isn’t your standard pair of TWS earbuds. Sure, they’re meant for listening to music and podcasts, or giving commands to your phone’s voice AI, but their prime feature is the ability to foster a multi-lingual two-way conversation by allowing two people to wear one earphone each as the M2’s onboard translation engine seamlessly fills in the gaps. The earphone case’s design revolves around that very aspect, with a design that splits right in two, so you can hand one half over to someone you’re talking to, almost like you’re breaking bread with them.

Touch Mode – Simply touch the force sensor on the earbud when you want to speak, and the translation will play directly in the other person’s ear.

Speaker Mode – The Timekettle M2 earbuds will recognize and translate your spoken sentences, then play them through the speaker of your phone.

Built with the ability to actively translate up to 40 languages and 93 accents in real-time, the Timekettle M2 earbuds put a translator in the ears of both conversation-holders. The Timekettle M2 boasts of three different conversation modes that help you navigate a variety of situations – ranging from holding a conversation in a foreign language, asking for advice, or taking lessons in languages you don’t understand. In Touch Mode, tap the force sensor on the M2 earbud once, and you can have a conversation with someone in any language and your speech instantly plays back in a translated language to the person wearing the other earpiece. In other modes, the M2 earbuds work along with your phone, allowing you to not only record and translate excerpts in foreign languages, but also translate previously recorded audio files whenever you want. 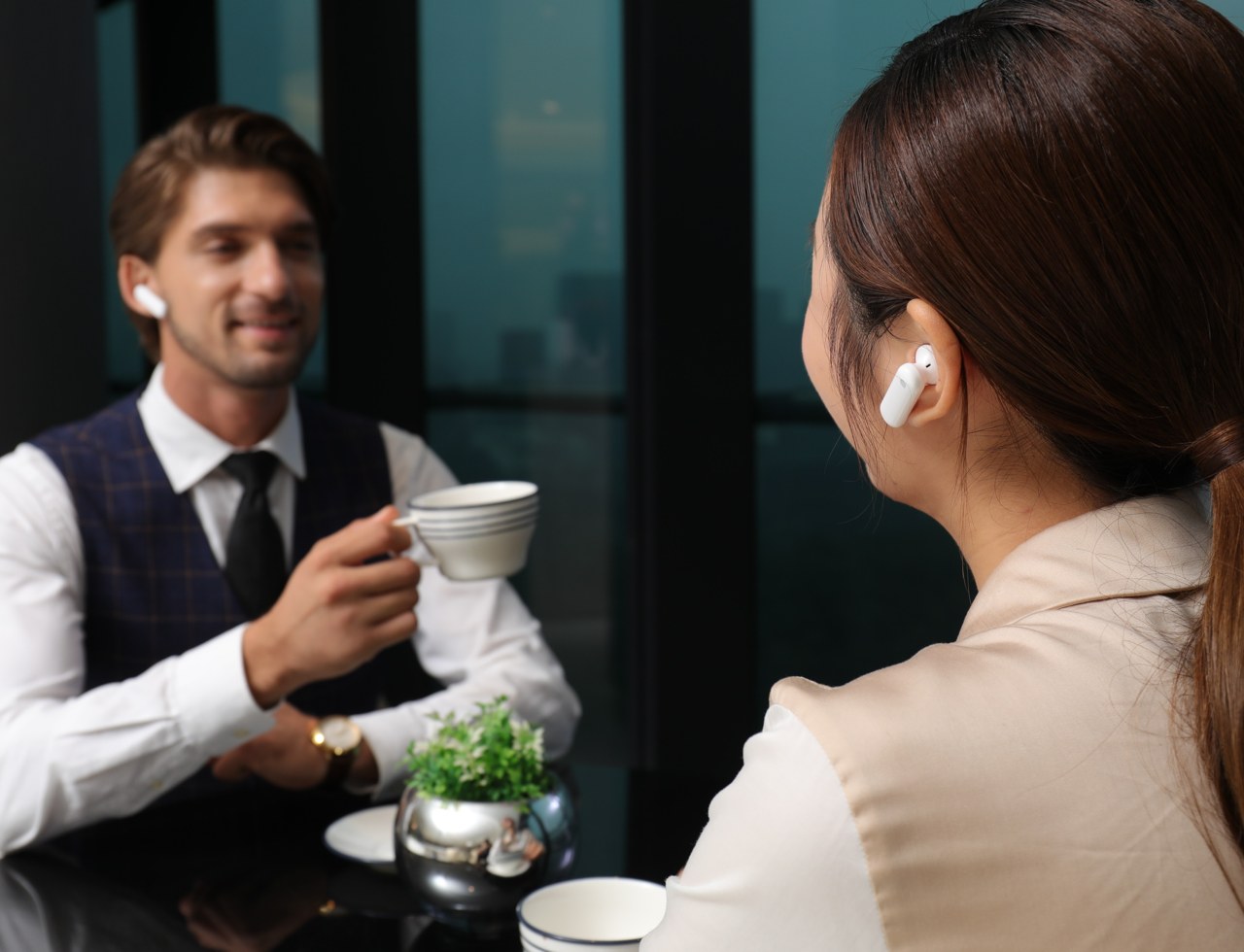 All the translation happens courtesy of the presence of 15 translation engines that actively work to identify and translate languages based solely on vocal input. Timekettle partnered with best-in-class language enterprises such as Google, Microsoft, iFlytek, and others to deliver fast and responsive translations that accurately capture the nuances and idiosyncrasies of regular speech across multiple languages and accent types. More importantly, the M2 earbuds possess the ability to translate 8 languages offline (from English to Spanish, Chinese, Japanese, German, French, Korean, Russian) – a feature that’s accessible by downloading the Offline Speech Translation Pack on M2’s app.

When you are not connected with the app, you can use M2 for music and phone calls.

When you’re not using the M2’s translator feature, it still serves as a pretty good pair of TWS earbuds. Built with Bluetooth 5.0, the M2 offers quick and unwavering connectivity, along with Qualcomm’s aptX Audio Codec Compression to deliver incredible sound. The M2 comes with all the trimmings of a good pair of TWS earbuds, with the ability to answer and reject calls, cycle through music playback, or summon your phone’s Voice AI using its touch-sensitive surface. The earphones are compatible with iOS as well as Android devices, and offer 30 hours of playback with the charging-case, and 6 hours of active translation. They’re even on a special 30% Black Friday discount, bringing their $130 price tag down to a neat $91 if you use the coupon code LAPY4DAB. Comprende, amigo?

This compact water boiler concept features scheduled heating that can be controlled from your smartphone!

Nomad is a battery-operated, compact, and portable water heating concept that includes programmed heating and smartphone controls to make heating water as simple as ever….

The urban jungle isn’t exactly the safest place for bicyclists. You need the right tools to keep you one step ahead of irresponsible motorists. The…

If you’re like me, you probably wear a watch out of habit and less for actually telling the time. After all, it’s just easier to…

Solar Eclipse in your Living Room!

The next total solar eclipse will be visible to central and north-eastern America in April 2024. Or it could appear in your living room every…