Instead of relying on four propellers and a highly intuitive AI capable of constant stabilization, the PowerUp 4.0 simply plugs onto your paper airplane and pushes its limits. The tiny contraption weighs hardly anything and gives your plane two rear propellers that let it reach speeds of 20 mph and heights of 230 feet. Once you launch your plane with your hands, the PowerUp 4.0 lets you maneuver it via your smartphone, taking the simple joy of flying planes and giving it an adrenaline boost!

For its size, the PowerUp 4.0 packs quite a punch. It’s lightweight, relatively inexpensive, and sports a 10-minute flight time. As far as its technical chops go, version 4.0 comes with gyroscopic stabilization, take-off and landing capabilities, the ability to do air stunts like loops and barrel rolls, and be entirely controlled via your smartphone. For well under 100 bucks, the PowerUp 4.0 beats most consumer-grade drones in affordability, while still being an incredibly fun toy. Sure, the PowerUp doesn’t sport a camera as most drones do, but then again, there’s an entirely different joy to launching a paper plane and watching it fly like an absolute boss… isn’t there? 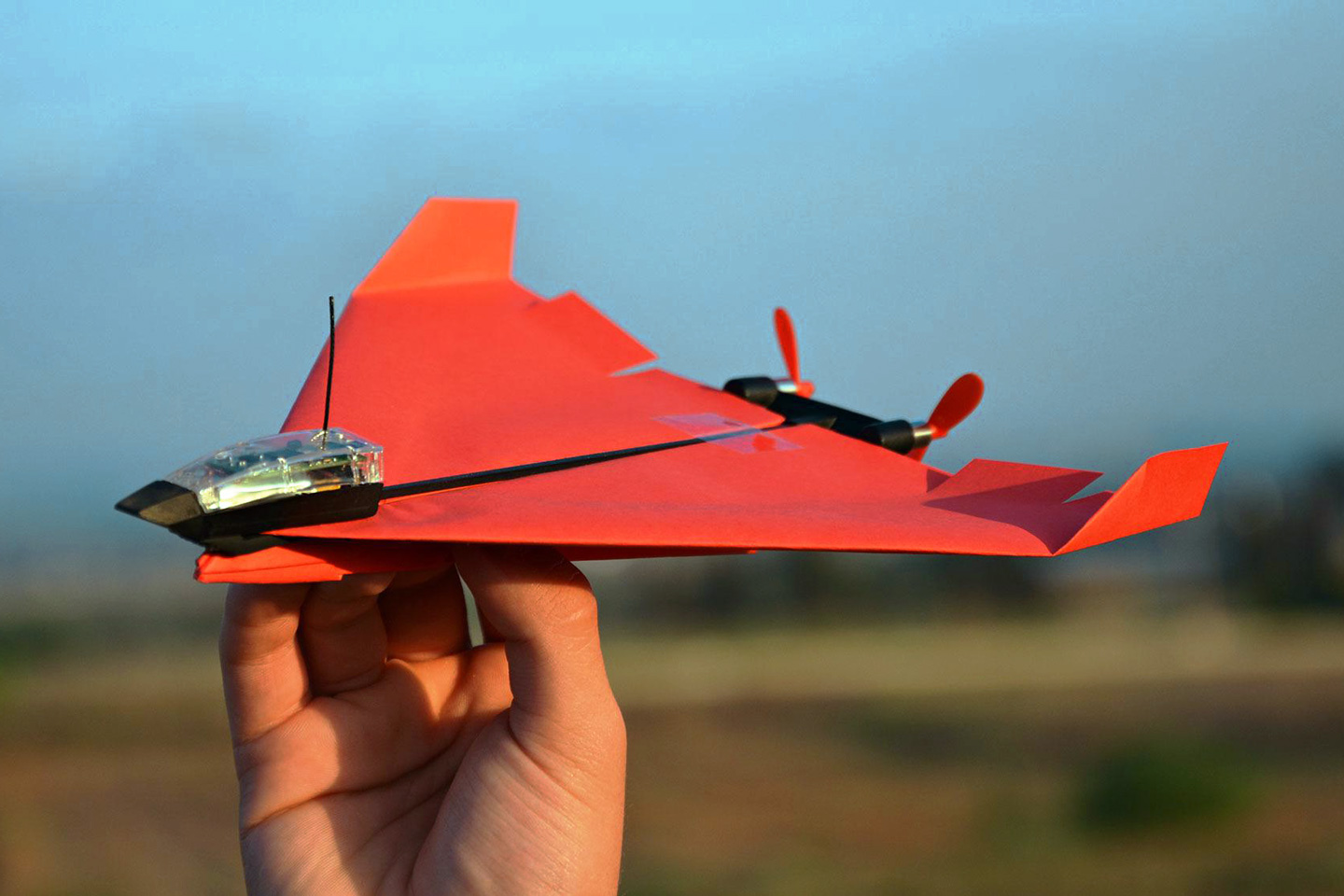 The way you use the PowerUp 4.0 is about as simple as launching your own paper plane. While your handmade analog paper plane requires a fair bit of elbow grease to give it more thrust, the PowerUp doesn’t require all that effort. Just a careful push into the wind is enough to get the plane into the air, following which your smartphone then takes over at controlling the gadget. The PowerUp’s on-board system can make sure the plane remains stable in the air (preventing nosedives), but ultimately wind plays a major factor too, given that the module weighs just above 15 grams (0.5 ounces). 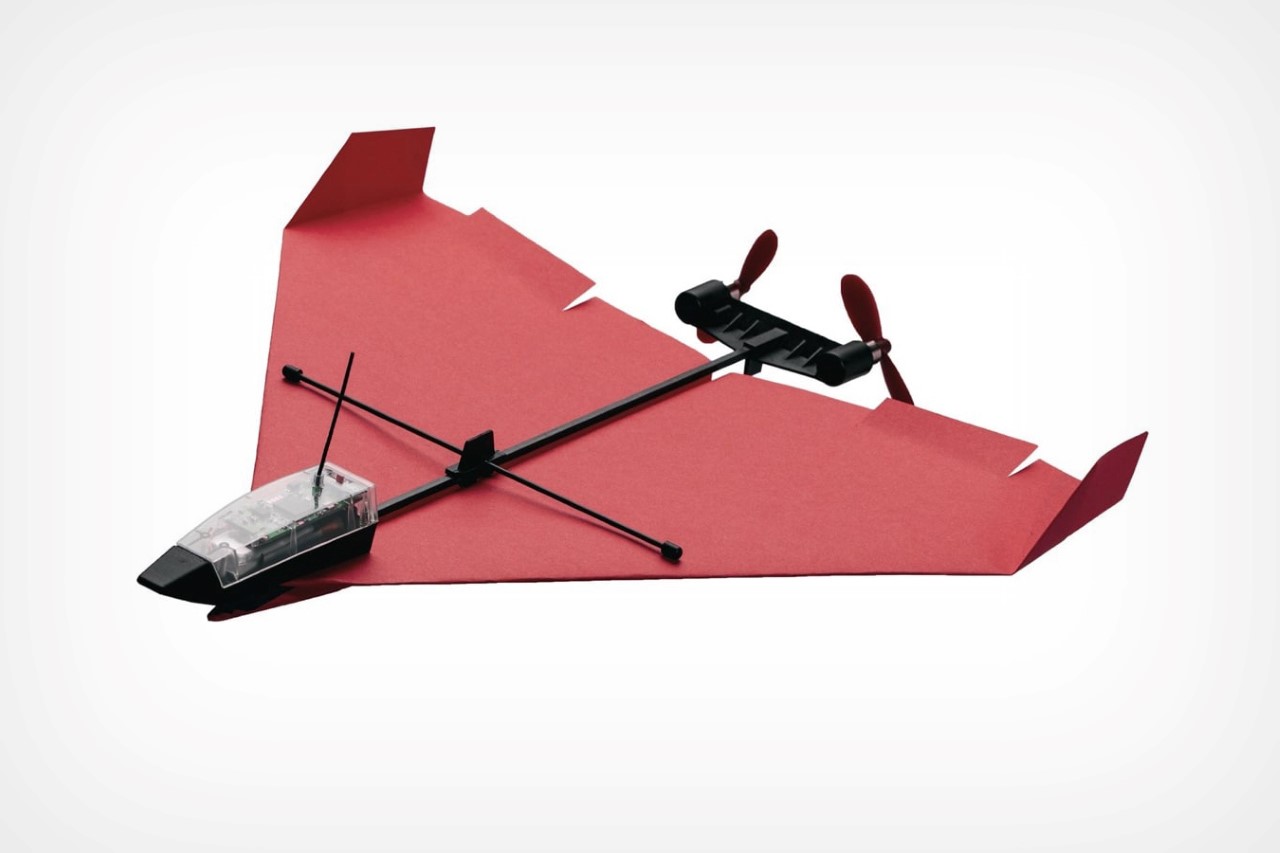 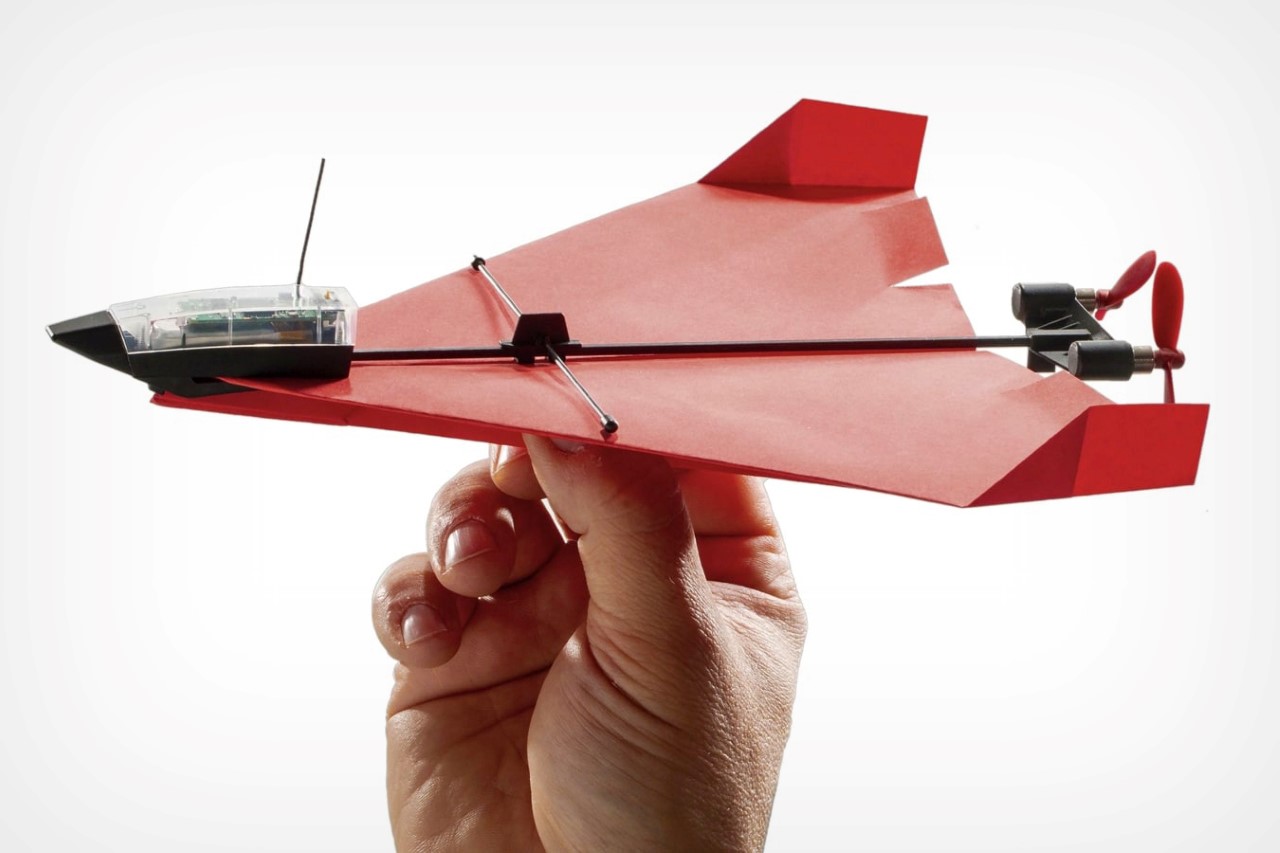 The PowerUp 4.0 comes with everything you need right out of the box. Each box ships with the module itself, 4 sheets of paper with the folding template for PowerUp’s favorite plane model, two extra propellers, and a MicroUSB charging cable to get you started. There’s also a Trim Card in the set that helps you fold the plane’s rear flaps to the correct angle, and the card’s QR code helps you install the PowerUp app needed to control the device. The flaps on the rear of the plane help it balance out its weight and aerodynamic issues. Since the module is front-heavy, the plane has a tendency to nosedive – a feature that gets fixed by the upward flaps on the rear, which allow it to remain stable and horizontal. 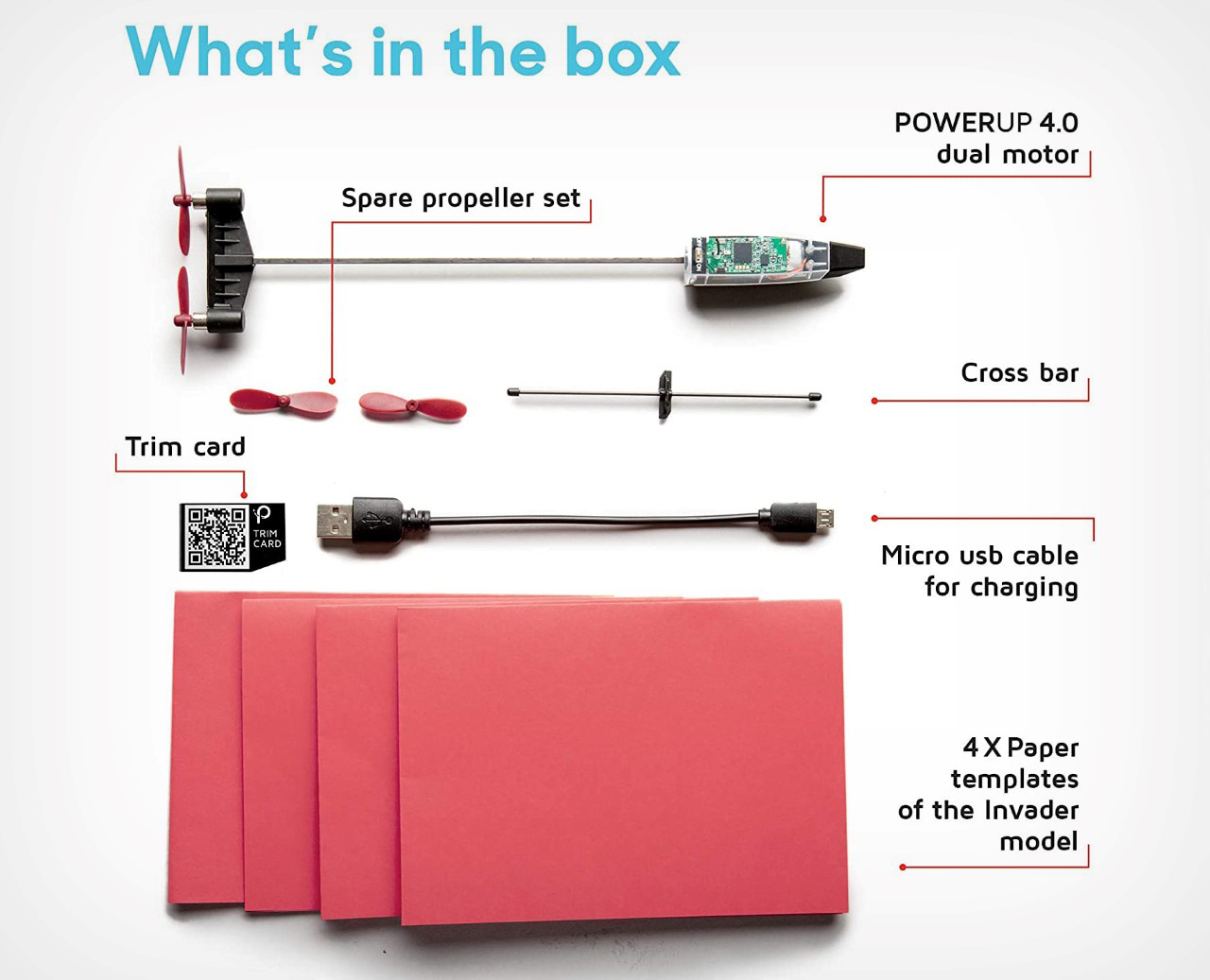 The app gives you almost drone-level controls over your PowerUp plane. The home screen shows you Bluetooth connectivity strength and the PowerUp’s battery level, while also letting you control the way your plane flies. You can choose to make your plane do tricks and stunts (they’re all pre-programmed so that amateurs can enjoy too), and once your plane lands, you can view all its flight telemetry data (so pros get a kick out of it as well!) Besides, you’re not limited to a specific plane model, and the PowerUp contraption can pretty much be attached to a whole host of plane models and shapes – they don’t even need to be made out of paper. Plus, if it doesn’t work out and your little aircraft comes tumbling down to the ground, just pop off the PowerUp 4.0 and attach it to a new plane! 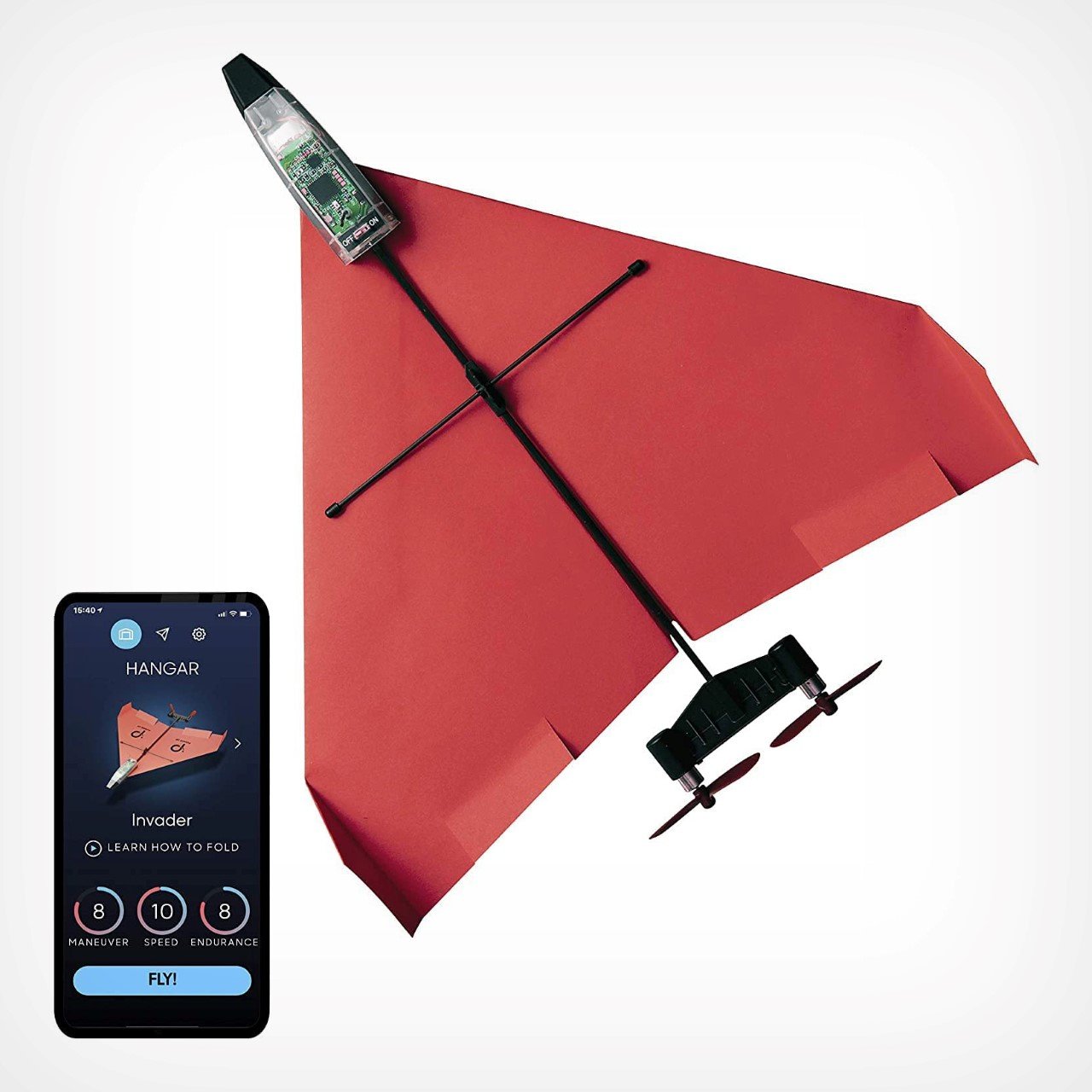 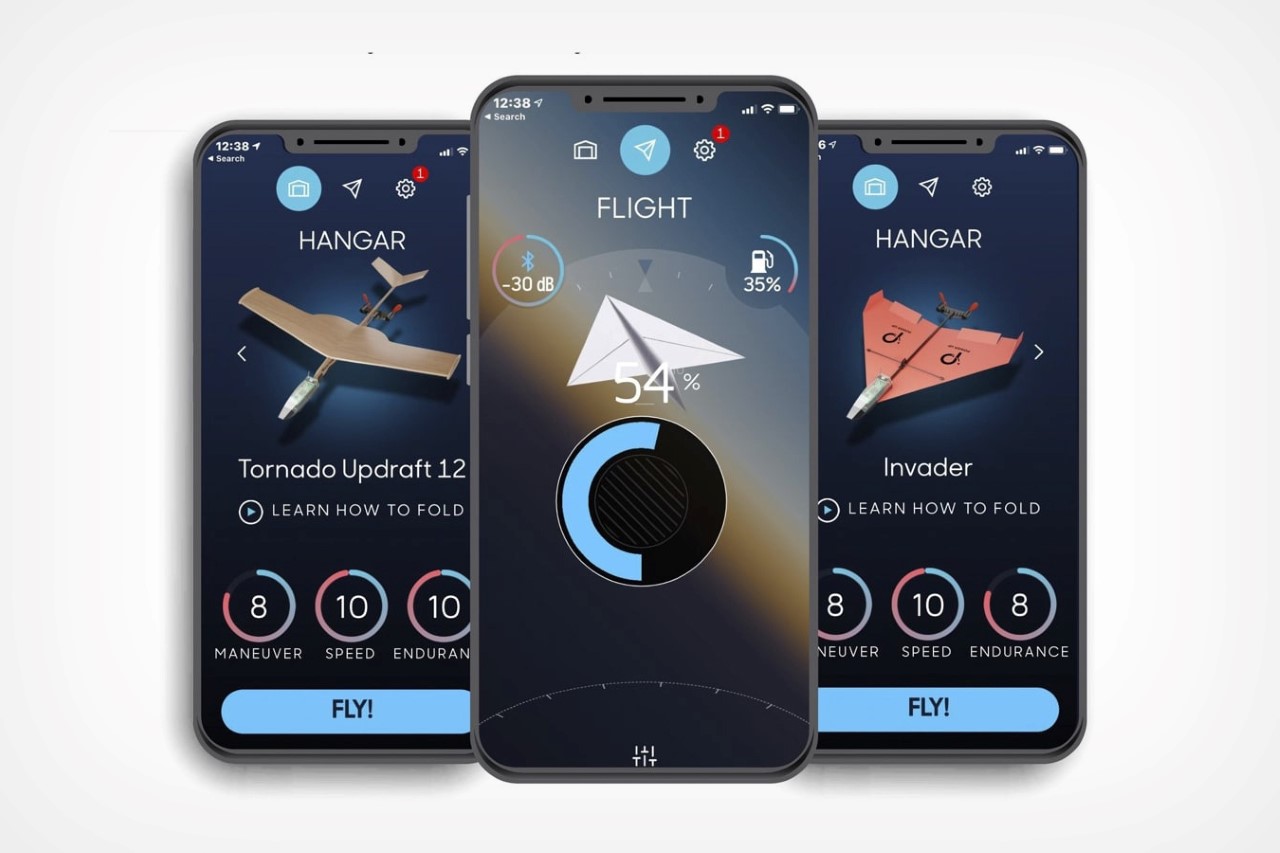 This therapeutic wearable massages you to the rhythm of your favorite tunes!

If I were to make a list of all the crazy yet plausible ideas I’ve come across having worked for a design blog, the Dr….

In a world where you use your smartphone to do everything from calling a friend to calling cabs, it seems daft that the thing that…

https://youtu.be/W-QhKnPayEs When it comes to kids and content creation, everyone seems to have an opinion. One side says that keeping children from technology would mean…

The Geo Thermo flask is a pot worth watching!

They say a watched kettle or pot never boils, but what’s one to do when the pot is so beautiful that it’s difficult to tear…